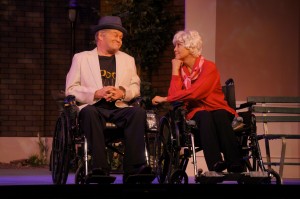 Micky Dolenz and Joyce DeWitt star in “Comedy is Hard!”

AT THE IVORYTON PLAYHOUSE

New York/Ivoryton – The world premiere of a brand new play by acclaimed writer of The Simpsons, Mike Reiss, will take place at the historic Ivoryton Playhouse in Ivoryton, CT. Previews begin September 24th – the play opens on September 26th and runs through October 12th. MICKY DOLENZ (of The Monkees) will star alongside JOYCE DEWITT,  veteran actress and star of the ABC television hit series Three’s Company. 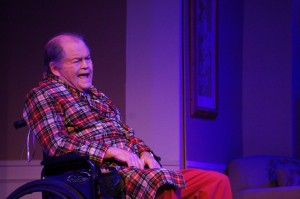 Dolenz has delighted audiences with his performances on stage in the Elton John/Tim Rice production of Aida; Grease; Pippin’; A Funny Thing Happened On The Way To The Forum; and, most recently Hairspray in the West End playing Wilbur Turnblad.

Said Dolenz, “The opportunity to originate this role in Mike’s new play is terrific. I am ready to un-leash my inner-comedian.” 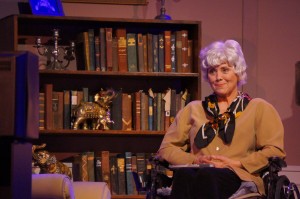 Joyce DeWitt is no stranger to the hilarious writing of Mike Reiss as she starred in the world premiere of his play I’m Connecticut in 2012 at CT Repertory Theatre. DeWitt, who has performed in almost every theatrical genre from Medea to South Pacific, jumped at the chance to perform in another Mike Reiss play. “The idea of figuring out how to play this woman who goes through a deep, heart-place transformation/evolution–in the middle of a wonderfully written comedy!  With Micky Dolenz? At the beautiful, historic Ivoryton Playhouse? “Yes” was a no-brainer.”

COMEDY IS HARD is a story of friendship and friction between an aging comedian and a veteran dramatic actress in a home for retired performers.  It’s about life, love, show business, and the importance of growing old disgracefully. 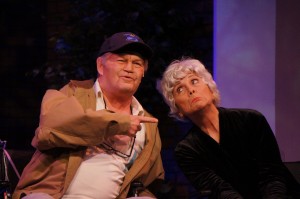 “Comedy is Hard!” runs until October 12

Reiss, who is writer and producer for the long running TV show, The Simpsons, also created the animated series The Critic; the webtoon Queer Duck and worked on the screenplays for Ice Age: Dawn of the Dinosaurs; Horton Hears a Who!; The Simpsons: The Movies; and, My Life In Ruins.

Ivoryton audiences turned out in droves in the June 2013 for his hilarious play, I’m Connecticut, which was a huge popular and critical success.

Comedy is Hard! opens at the Ivoryton Playhouse on September 24 and runs through October 12, 2014. Directed by Playhouse Artistic Director, Jacqueline Hubbard, the cast includes Michael McDermott*, Dan Coyle, Dorian Mendez and Michael Hotkowski. The set design is by Dan Nischan, lighting by Marcus Abbott and costumes by Lenore Grunko. Executive Producer is Michael A. Dattilo.

There will be talkbacks with the writer – check our website for details. Tickets are $42 for adults, $37 for seniors, $20 for students and $15 for children and are available by calling the Playhouse box office at 860-767-7318 or by visiting our website at www.ivorytonplayhouse.org  (Group rates are available by calling the box office for information.) The Playhouse is located at 103 Main Street in Ivoryton.