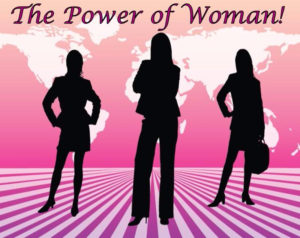 Staged readings followed by Talk Backs and refreshments each night!

Teenagers Guenevere and Arthur are best friends–a fierce competitor, she always bests him in sword fights. What will be the outcome when confronted with Excalibur in the stone?

To make arrangements for her father’s funeral, Lissie returns to the family farm she and her brother fled twenty-six years before. Billy, a neighbor and school friend, comes by with an offer to buy the farm. As memories, needs, and passions are stirred, we learn what happened to the siblings as children, and of Lissie’s startling price for the farm.

Starting at 5PM, the League of Professional Theatre Women will host a panel discussion with the playwrights, moderated by Shellen Lubin, followed by refreshments before the 7PM readings.  If you want to attend the pre-reading discussion you must register by February 26th, please register here.

Two daughters are thrown into a tizzy when they discover Lily, their sixty-plus year old mother, has decided to spice up life by tending her back yard garden – “au naturel!”

An arrogant young psychiatrist meets an eighty year old woman for what he assumes will be an routine examination. During the course of their relationship, he comes to realize how little he knows, and as she reveals her deep love and understanding of her two aging dogs, both doctor and patient learn about life, love, and hope.

To attend the free pre-reading discussion hosted by the League of Professional Theatre Women (Connecticut Chapter) on Saturday, March 4 from 5pm, please register by following this link.

To read an interview with Laura Copland about the Women Playwrights Initiative, please follow this link. 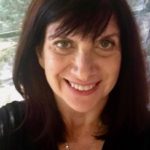 Susan Cinoman is a playwright and screenwriter whose work is published and produced internationally. For television, she is the creator of the recurring character Miss Cinoman on ABC’s The Goldbergs, and wrote the story for “Mama Drama”, featured on the comedy.  Her one-act play, Fitting Rooms is in Applause Books, Best Short Plays of 1996 and is produced internationally.  Other productions are Cinoman and Rebeck and Gin and Bitters, Off Broadway.  Her play Sweet Sand, produced by Ensemble Studio Theatre has been recently published.  Two plays were made into award winning independent films. Love and Class in Connecticut and All Me, All the Time, have screened at film festivals throughout New England.  Cinoman’s first published prose, McKenna on the Half Shell will appear in an anthology published by Harvardwood/The Harvard Review.  Cinoman is the recipient of the Maxell Anderson Playwright’s Prize, Theatre Ariel Award, Best Connecticut Filmmaker 2008, Best Narrative Screenplay, New England Film and Video Festival, Selection Berkshire International Film Festival, Aristos Scholarly Prize with Theresa Rebeck, Best Play, Maine New Play Competition for Fitting Rooms. She is a member of the Dramatists Guild, Writers Guild of America and the League of Professional Theatre Women. 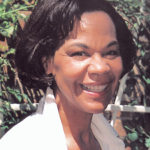 Gloria Bond Clunie is an award-winning playwright, director and educator.  Ms. Clunie is a founding member of the Playwriting Ensemble at Chicago’s Regional Tony Award winning Victory Gardens Theater where her plays North Star, Living Green and Shoes premiered.  She is also the founding Artistic Director of Evanston’s Fleetwood-Jourdain Theatre where she directed scores of productions including Ain’t Misbehavin’, Ceremonies in Dark Old Men, Home and Raisin.  Her other plays include, Sweet Water Taste, SMOKE, Sing, Malindy, Sing!, BLU, Buck Naked, DRIP, Patricia McKissack’s Mirandy and Brother Wind, Bankruptcy, Merry Kwanzaa, Mercy Rising and QUARK.  Her works have been published in the anthologies Seven Black Plays, Reimagining A Raisin In the Sun and The Bully Plays.  They have been workshopped and produced in a variety of theaters across America including Victory Gardens Theatre, Goodman Theatre, Fleetwood-Jourdain Theatre, ETA, Alliance Theatre, Triad Stage, Her Story Theatre, MPAACT, Southern Appalachian Repertory Theatre, Penobscot Theatre and Orlando Shakespeare Theater. 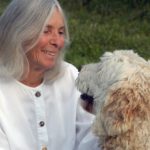 Margot Lasher’s play Other Minds was originally a staged reading at the Waterfront Playhouse in Key West and then a staged reading at Centenary Stage Company in New Jersey as part of the Women Playwrights Series in 2012.  Stay, a monologue for actor and dog, was performed at The New York State Psychological Association Annual Conference, Saratoga New York, 2012.  Lost will be performed at the Burlington Fringe Festival, 2016.  She lives in Vermont with her dogs. 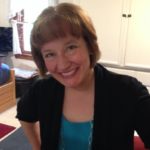 E. M. (Ellen) Lewis is an award-winning playwright, teacher, and librettist.  Her work has been produced around the world, and published by Samuel French.  She received the Steinberg Award for Song of Extinction and the Primus Prize for Heads from the American Theater Critics Association, the Ted Schmitt Award from the Los Angeles Drama Critics Circle for outstanding writing of a world premiere play, a Hodder Fellowship from Princeton University, a playwriting fellowship from the New Jersey State Arts Commission, and the 2016 Oregon Literary Fellowship in Drama.  Her play Now Comes the Night premiered last fall at 1st Stage, as part of the Washington, DC-wide Women’s Voices Theater Festival, and will be published later this year in the anthology Best Plays from Theater Festivals, 2016.  The Gun Show premiered in Chicago two years ago, and has since been produced in Los Angeles, Trenton, Santa Barbara, Berkeley, Tampa, Tucson, Minneapolis, Bellingham, and New York City.  It has upcoming productions scheduled in Richmond and Washington, DC.  Her other plays include: Infinite Black Suitcase, Heads, Apple Season, Magellanica, The Study, Reading to Vegetables, and True Story.  Lewis is currently working with her composer partner on a full-length, family-friendly opera commissioned by American Lyric Theater called Sherlock Holmes and the Case of the Fallen Giant, which will have a piano vocal workshop in New York City in the spring, and a big, new play set in her home state of Oregon called The Great Divide.  She is teaching playwriting at Lewis & Clark University in Portland this fall.  She is a proud member of LineStorm Playwrights, ASCAP, and the Dramatists Guild.

Brooks Appelbaum (director:  Apple Season) has directed over twenty plays by such writers as Sam Shepard, Horton Foote, Steven Dietz, A.R. Gurney, Jon Robin Baitz, and Thornton Wilder. She has served as the dramaturge on several professional productions and has taught acting and theater criticism to students in a wide range of settings, most recently in her theater-based writing courses at Quinnipiac University. A member of the Connecticut Critics Circle, Brooks’ reviews and features have appeared in the Shore Line Times, The New Haven Magazine, The New Yorker, and elsewhere.

Sasha Brätt (director:  Intake)  is a stage director who currently serves as the Literary Manager for Playhouse on Park in West Hartford, CT. He will be directing Biloxi Blues this season at Ivoryton Playhouse, and directed Six Dance Lessons in Six Weeks here last year. Other directing credits include Playhouse on Park, Seven Angels Theatre, FringeNYC, Source Festival, Shakespeare and Company, Midtown International Theater Festival, Capital Fringe, Catholic University, and Trinity College. His production of Othello was voted “Best Play – 2013” on broadwayworld.com (CT).  In 2015, Sasha founded Iron Spike Theatre Company and directed the sold-out run of its inaugural production, Lady Macbeth and Her Lover at FringeNYC. Sasha holds degrees in Theatre Education (MA) and Directing (MFA) from Catholic University. He is an associate member of SDC. @DirectorSasha www.sashabratt.com

Shellen Lubin (director:  Buck Naked) works professionally as a Director, Songwriter/Playwright, and Vocal/Acting Coach. Her reflections on living as an artist and living with artistry have been featured in five philosophical cover pieces for Back Stage Publications and are read each week by thousands in her Monday Morning Quotes (www.mondaymorningquotes.com). She is Co-President of the Women in the Arts & Media Coalition, VP of Programming of the League of Professional Theatre Women, and an elected member of the National Theatre Conference (SDC, DG, BMI, AEA, SAG-AFTRA)

Hannah Simms (director:  Guenevere) is a director based in Hartford, CT. She is a member of HartBeat Ensemble and is master teacher of their Youth Play Institute. At HartBeat, she recently directed two interview-based plays about Hartford neighborhoods; Meet Us Where We Are and Frog Hollow State of Mind. Other directing credits include The Every 28 Hours Project, Hartford Stage’s Write On festival, Eurydice, The Winter’s Tale, and Romeo and Juliet.  She is a graduate of the Dell’Arte School of Physical Theatre and of the Eugene O’Neill Center’s National Theatre Institute.