The Ivoryton Playhouse is delighted to welcome Rick Faugno to our stage for Fingers & Toes opening June 4th. 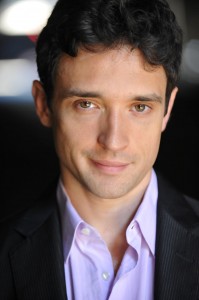 Rick Faugno has been performing professionally since the age of 12 when he played Will Rogers, Jr. in “Will Rogers Follies” on Broadway. Faugno went on to study acting and theatre, and earned a bachelor of fine arts degree from New York University. Since, his career has included such memorable shows as “Chitty Chitty Bang Bang,” “Fosse,” “Wonderful Town,” and “Conversations with My Father” on Broadway, as well as national tours of “The Boy Friend,” directed by Julie Andrews and “Jersey Boys,” in the critically acclaimed role of Frankie Valli.

In 2009, Faugno was named ‘Best Singer in Las Vegas’ by Las Vegas Review-Journal. In 2010, Faugno showcased a standards-influenced songbook in “Songs My Idols Sang (And Danced)” and in 2011, created the New Classic Vegas one-man show, “Body & Soul” at the Las Vegas Hilton. In January, 2012, Faugno launched his new self-titled show, “Rick Faugno,” at The Lounge in the Palms Casino Resort.

Faugno has appeared on television programs including the Tony Awards, America’s Got Talent, The Jerry Lewis Telethon, and LIVE! with Regis and Kelly. 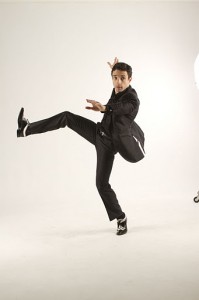 In 2012, Faugno received the award for “Best Lounge Act” from the Las Vegas Review-Journal, in 2012, for his self titled one man show “Rick Faugno.”

As he is about to start rehearsals for Fingers & Toes, we asked Rick about his career:

How and when did your love for tap dancing start?

I took my first tap class when I was 4. My parents wanted to see how I would take to it since my dad tap danced when he was a kid. I really enjoyed it and from there, tap dancing continued into other forms of dance, singing and acting. I guess you could say, though, that tap dancing will always be my first love.

Congratulations on winning “Best Lounge Act” from the Las Vegas Review-Journal, for your self titled one man show “Rick Faugno.”  That’s quite an achievement!

Thanks! My self-titled show at the Palms Hotel was the culmination of 3 one man shows that I did at 3 separate casinos.

The first show I did was entitled ‘Songs My Idols Sang (& Danced)’, which was an autobiographical style one man show about my life in show business from 12 years old onward. It played at the South Point Hotel and Casino. 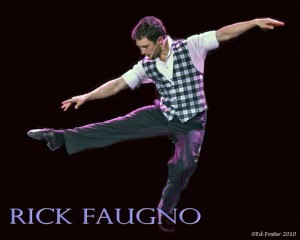 My inspiration for this show came from all the people who helped me get where I got in show business (i.e. my mother and father, my dance teacher, etc.) and also about the people in my life who continue to inspire me (i.e. my grandmother, my wife). It was my wife who helped direct and choreograph this show and helped me see it to fruition.

I was also inspired to create this show by the greats of show biz who preceded me, like Fred Astaire and Gene Kelly, Frank Sinatra and Sammy Davis, Jr., Tony Bennett and others. The songs would often tie in to stories about my life and the people in them

The second show I created was called ‘Body & Soul’ which debuted at the Las Vegas Hilton. It was a more relaxed, Sammy Davis, Jr. style show, that was a true throwback to the old days of Las Vegas. This was the show that actually won the award for ‘Best Lounge Act.’

This grew out of my love of the old song and dance performers and the old Las Vegas entertainment scene. I wanted to bring back a taste of what Frank Sinatra and Sammy Davis, Jr. used to do when they performed there. That meant using no tricks or gimmicks; just good old fashioned entertainment. The same motto held true for all my shows, actually.

My third effort was simply called ‘Rick Faugno’ and it played at the Palms Hotel. It was more along the same lines as the Hilton show, but with a more pop/rock vibe and a younger audience. I guess you could say it was like old Vegas for a new generation.

Immediately what drew me to the project was Logan’s innate understanding of the old musical theater world. You could just tell from reading the script that he totally understood the genre of classic musicals and how to bring them into the 21st Century, without making them gimmicky. His music is also fantastic. He has an ear for writing songs in the Cole Porter/ George Gershwin style without sounding like he’s trying to copy them. It really was amazing to realize that this kind of show writing still exists and that there are people willing to write them.

My character, Dustin “Toes” McGrath is also right up my alley, as far as characters go. I mean, he’s a wise-cracking, tap dancing, song and dance man who knows his way around women. How could I not want to play this role?! 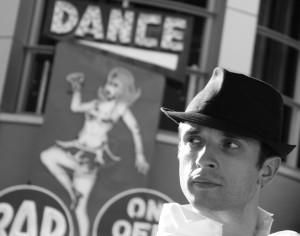 What are looking forward to most when you come to the Ivoryton Playhouse in June?

I think what I’m looking forward to most about coming up to Ivoryton Playhouse is trying out a new/old musical like “Fingers & Toes” at such an historic theater. I really feel that the history behind the playhouse will lend itself nicely to the kind of show that we’re doing. I’m big on the spirits and the soul of the places that I perform. I really feel that all of the people and shows that came before resonate with what we’re doing now. Theater is a very superstitious profession.

I’m also looking forward to going back to Connecticut to perform, again. It’s such a beautiful place and a fabulous location to do theater in the Summer! I have performed twice at Goodspeed and I had a terrific experience both times. I’m now looking forward to performing at Ivoryton and soaking up that history, as well.

Lastly, it always thrills me when I get to do something that’s new for people. Not that tap dancing is new, but the fact that it’s never been done at Ivoryton the way that we do it is an exciting thing. We’re cutting up some serious wood and I love seeing the expressions on people’s faces when they watch us.

There is nothing more on Earth that I enjoy more than performing for a crowd who loves what I’m doing. It is the greatest high you could ever experience. Knowing that I will have enthusiastic crowds waiting to see out little musical is a big thrill. I want them to be taken back to a time they might remember or a time they wish they knew or simply transported somewhere different for a couple of hours. That’s what theater really is all about.