The Ivoryton Playhouse is delighted to announce that Tony award winning playwright Joe DiPietro will be attending the opening night performance of Memphis on Friday, August 7.

The Playhouse is a big fan of Joe’s work having recently produced I Love You, You’re Perfect, Now Change, All Shook Up, The Last Romance as well as our upcoming Memphis. 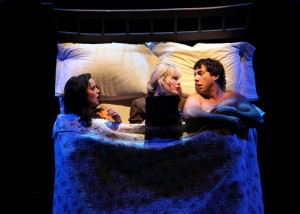 He followed that up with 1998’s comedy Over The River And Through The Woods, which played the John Houseman Theatre for 800 performances over two years.

DiPietro’s work made its Broadway debut in 2005 with the Elvis Presley jukebox musical All Shook Up. 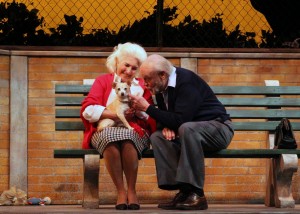 Nice Work If You Can Get It, a re-imagining of a Gershwin musical, starring Matthew Broderick and Kelli O’Hara, opened at Broadway’s Imperial Theatre in 2012. The show, and DiPietro’s book, were nominated for Tony Awards in 2012, and DiPietro won the Drama Desk Award for Best Book of a Musical.

Clever Little Lies, which ran in late 2013 at George Street Playhouse, is being eyed for a possible New York production. In addition, the musical Chasing The Song, which reunites DiPietro with Bryan, was workshopped at La Jolla Playhouse in the summer of 2014.

2014 also saw DiPietro reworking the Garson Kanin play Peccadillo into Living On Love, which starred the opera star Renee Fleming and was a highlight of the 2014 Williamstown Theater Festival.

Other recent plays include Creating Claire, which debuted at George Street Playhouse in 2010, and The Last Romance, which played the Old Globe in 2010 after debuting at Kansas City’s New Theatre in 2008.

Tickets for Friday, August 7 are still available. To purchase tickets to this performance or other performances of Memphis, please follow this link or call the box office at 860.767.7318.