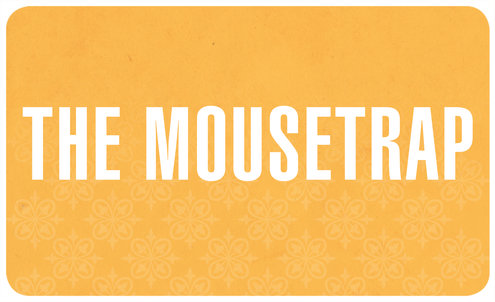 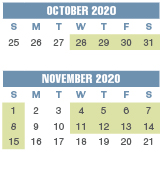 Agatha Christie, the Mistress of Mystery, brings you her most popular creation, The Mousetrap. When a group of strangers are trapped together at a manor house during a snowstorm, they soon discover one of them is a murderer! Is it the newlyweds whose rampant suspicions nearly wreck their marriage? Maybe it’s the spinster with the curious background. It could be the architect, the retired Army Major or maybe the odd man who claims his car overturned in a snow drift! We’ll never tell… You would think audiences would know whodunnit by now, but after more than half a century they are still guessing! Currently celebrating its 60th year in London, The Mousetrap will have you gripping the edge of your seat!

Born in 1890, Agatha Christie became, and remains, the best-selling novelist of all time.

She is best known for her 66 detective novels (including the two diverse characters of Miss Marple and Hercule Poirot) and 14 short story collections, as well as the world’s longest-running play – The Mousetrap. Her books have sold over a billion copies in the English language and a billion in translation of more languages than any other individual writer.  She is considered to be the best selling writer of all time. Only the Bible is known to have outstripped her collected sales of roughly four billion worldwide copies.

Agatha Christie was born in Torquay, Devon 1890 to Clarissa Margaret Boehmer and a wealthy American stockbroker. She was brought up by both her mother and her sister. In the First World war, she trained and worked as a nurse helping to treat wounded soldiers. She also became educated in the field of pharmacy. She recalled her time as a nurse with great fondness, saying it was one of the most rewarding jobs she ever undertook. 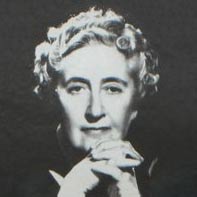 Agatha Christie married an aviator in the Royal Flying Corps – Archibald Christie in December 1914. The marriage was somewhat turbulent and ended in divorce in 1928, two years after Archibald had begun an affair. In 1926, Agatha Christie disappeared for 11 days. The circumstances were never really resolved and it created widespread media interest in the disappearance of this famous novelist. She was eventually discovered in a Harrogate hotel eleven days later. Though Agatha Christie never said why it was probably a combination of shock over her mother’s death and the discovery of her husband’s affair. In 1930, she married her second husband, Max Mallowan. This marriage was happier, though her only child, Rosalind Hicks, came from her first marriage. 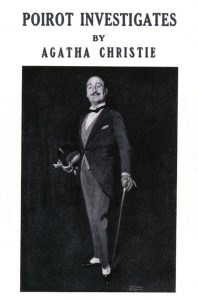 Agatha Christie began writing in 1920, after the end of the First World War. Her first story was The Mysterious Affair at Styles, (1920). This featured the soon to be famous detective – Hercule Poirot, who at the time was portrayed as a Belgian refugee from the Great War. The book sold well and helped meet the public’s great appetite for detective novels.

Christie went on to write over 40 novels featuring the proud and immaculate Hercule Poirot. Poirot seemed to be admired by the public more than the writer herself. Agatha Christie preferred her other great detective – the quiet but effective old lady – Miss Marple. The character of Miss Marple was based on the traditional English country lady – and her own relatives.

The plot of Agatha Christie’s novels could be described as formulaic. Murders were committed by ingenious methods – often involving poison, which Agatha Christie had great knowledge of. After interrogating all the main suspects, the detective would bring all the participants into some drawing room before explaining who was the murderer. The psychological suspense of the novels and the fact readers feel they have a good chance of solving the crime undoubtedly added to the popularity of the books. 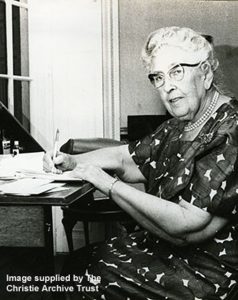 During the Second World War, Christie worked in the pharmacy of the University College London, which gave her ideas for some of her murder methods. After the war, her books continued to grow in international popularity. In 1952, her play The Mousetrap was debuted at the Ambassador’s Theatre in London and has been performed without a break ever since.

In 1971 she was appointed Dame Commander of the British Empire. 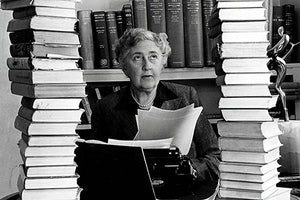 “Plots come to me at such odd moments, when I am walking along the street, or examining a hat shop…suddenly a splendid idea comes into my head”.  – Agatha Christie, An Autobiography

Spending most of her time with imaginary friends, Agatha Clarissa Miller’s unconventional childhood fostered an extraordinary imagination. Against her mother’s wishes, she taught herself to read and had little or no formal education until the age of fifteen or sixteen when she was sent to a finishing school in Paris.

Agatha Christie always said that she had no ambition to be a writer although she made her debut in print at the age of eleven with a poem printed in a local London newspaper. Finding herself in bed with influenza, her mother suggested she write down the stories she was so fond of telling. And so a lifelong passion began. By her late teens she had had several poems published in The Poetry Review and had written a number of short stories. But it was her sister’s challenge to write a detective story that would later spark what would become her illustrious career.

Agatha Christie wrote about the world she knew and saw, drawing on the military gentlemen, lords and ladies, spinsters, widows and doctors of her family’s circle of friends and acquaintances. She was a natural observer and her descriptions of village politics, local rivalries and family jealousies are often painfully accurate. Mathew Prichard describes her as a “person who listened more than she talked, who saw more than she was seen.”

The most everyday events and casual observations could trigger the idea for a new plot. Her second book The Secret Adversary stemmed from a conversation overheard in a tea shop: “Two people were talking at a table nearby, discussing somebody called Jane Fish… That, I thought, would make a good beginning to a story — a name overheard at a tea shop — an unusual name, so that whoever heard it remembered it. A name like Jane Fish, or perhaps Jane Finn would be even better.” 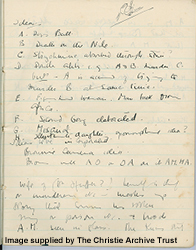 And how were these ideas turned into novels? She made endless notes in dozens of notebooks, jotting down erratic ideas and potential plots and characters as they came to her “I usually have about half a dozen (notebooks) on hand and I used to make notes in them of ideas that struck me, or about some poison or drug, or a clever little bit of swindling that I had read about in the paper”.

Of the more than one hundred notebooks that must have existed, 73 have survived and John Curran’s detailed and thorough analysis provides a veritable treasure trove of revelations about her stories and how they evolved (see Agatha Christie’s Secret Notebooks). The notebooks themselves include previously unpublished material and are an intriguing look into her mind and craft. The seeds for several stories are easily identified. In 1963 a notebook held details of a plot in development: “West Indian book – Miss M? Poirot . . . B & E apparently devoted – actually B and G (Georgina) had affair for years . . . old ‘frog’ Major knows – has seen him before – he is killed”

A Caribbean Mystery was published in 1964 with the “Old Frog” as the novel’s first victim. The Caribbean island is beautifully described and was probably based on St. Lucia, an island that Christie had visited on holiday. But many of the hundreds of plots and red herrings from her fertile imagination never actually made it into print and as she herself said: “Nothing turns out quite in the way that you thought it would when you are sketching out notes for the first chapter, or walking about muttering to yourself and seeing a story unroll.”

She spent the majority of time with each book working out all the plot details and clues in her head or her notebooks before she actually started writing. Her son-in-law Anthony Hicks once said: “You never saw her writing”, she never “shut herself away, like other writers do.” 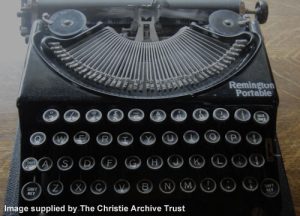 As grandson Mathew Prichard explains, “she then used to dictate her stories into a machine called a Dictaphone and then a secretary typed this up into a typescript, which my grandmother would correct by hand. I think that, before the war, before Dictaphones were invented, she probably used to write the stories out in longhand and then somebody used to type them. She wasn’t very mechanical, she wrote in a very natural way and she wrote very quickly. I think a book used to take her, in the 1950s, just a couple of months to write and then a month to revise before it was sent off to the publishers. Once the whole process of writing the book had finished then sometimes she used to read the stories to us after dinner, one chapter or two chapters at a time. I think we were used as her guinea pigs at that stage; to find out what the reaction of the general public would be. Of course, apart from my family, there were usually some other guests here and reactions were very different. Only my mother always knew who the murderer was, the rest of us were sometimes successful and sometimes not. My grandfather was usually asleep for most of the time that these stories were read but the rest of us were usually very attentive. It was a lovely family occasion and then a couple of months later we would see these stories in the bookshops.”

Join us for an opening night reception following the 8:00pm performance on Friday, October 30th. Light refreshments will be served.

"The Mousetrap" opened in London's West End in 1952, and has been running continuously since then. The longest-running West End show, it has by far the longest initial run of any play in history, with its 25,000th performance at St. Martin's Theatre, Covent Garden taking place on 18 November 2012. The play has a twist ending, which the audience are traditionally asked not to reveal after leaving the theatre. Fun Fact: The play began life as a short radio play written as a birthday present for Queen Mary, the consort of King George V.