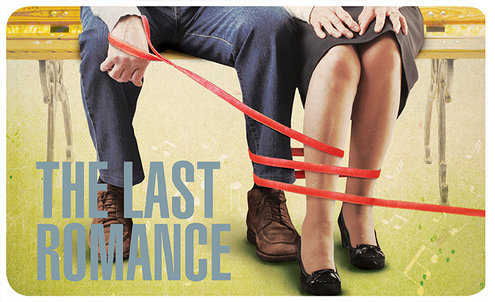 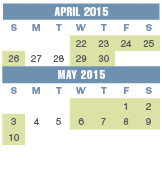 A crush can make anyone feel young again – even an 80 year old widower.

Joe DiPietro’s bittersweet romantic comedy The Last Romance, centers on widower Ralph who once had ambitions to be an opera singer but got married instead. He lives with his slightly younger sister Rose – a possessive, relentless, bitter nag who is determined not to let him out of her sight.  When Ralph spots the attractive, white-haired Carol at the local dog park, Ralph flirts, plays teasing games with Carol, and works hard to establish a relationship.  Impressed with his love of opera, she invites him to accompany her on a trip to Italy and the fabled La Scala opera house. Needless to say, Rose is not pleased with this plan.

This heartwarming comedy about the transformative power of love mixes heartbreak with humor and opera with laughter. 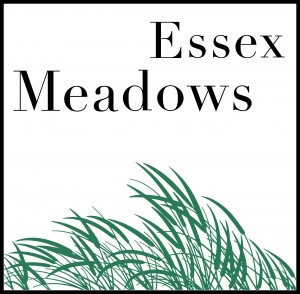 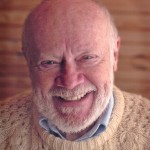 Chet Carlin* (Ralph Bellini) Recently played Col Pickering in My Fair Lady at the Forestburgh Playhouse.  He currently serves on the board of the Liberty Free Theatre in Liberty, NY where he directed O’Neill’s Hughie and acted in Vaclav Havel’s Protest and Slawimir Mrozek’s The Police with the theatre’s founder Paul Austin.  Other recent work includes Klinglehof in Steve Martin’s The Underpants at the Florida Studio Theatre and Erronius in Forum at the Riverside Theatre in Vero Beach.  Overtime he’s done two Broadway shows, four Off Broadway shows, three national tours, several episodes Law & Order and many shows in regional theatres across nineteen states.  Favorites include Abbé Faria in The Count of Monte Cristo at Alabama Shakespeare and Candy in Of Mice and Men at the Cleveland Playhouse.  He lives in the Catskills with Miriam, his wife for 46 years. 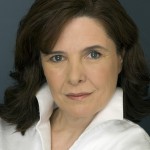 Kate Konigisor* (Rose Tagliatelle) Kate is thrilled to be making her Ivoryton Playouse debut.  Most recently she played Ellen in Lake Effect, Lake George Dinner Theatre. Favorite NYC and regional roles include the title role in Shakespeare in Delaware Park’s all-female production of Macbeth (Katharine Cornell Award for her performance; Buffalo, NY Artie Award for Best Production of the Year), Titania/Hyppolyta in A Midsummer Night’s Dream also for Shakespeare in Delaware Park, Emilia in OTHELLO (opposite Austin Pendleton, West End Theatre, NYC), Shirley Valentine (Gretna Theatre), Germaine in Picasso at the Lapin Agile (TheatreVirginia), Gorgeous in The Sisters Rosensweig (Labyrinth Theatre, Dallas), Eleanor in The Lion in Winter, and Kate in Brighton Beach Memoirs and Broadway Bound (Surflight Theatre).  Kate is the Artistic Director of Shakespeare with Benefits producing Bard-based variety shows to raise money for charity and she created and runs a Shakespeare Retreat for 20 actors every Labor Day weekend in Vermont. As always, for Michael. 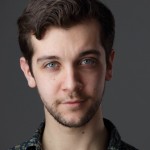 Stephen Mir (Young Man) this is Stephen’s first time at the Ivoryton Playhouse and it is both an honor and a pleasure to be a part of this production. Recent credits include Reynaldo, Hamlet (Hartford Stage), Lt. Joe Cable, South Pacific (Monomoy Theatre), Anthony, Sweeney Todd (NJPAC). Stephen is entering into his final year at the Hartt School where he will be earning his BFA in Acting. A special thank you to Anthony Laciura for helping to shape the beautiful arias in The Last Romance. I couldn’t have done it without you. 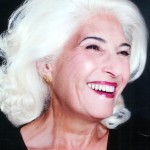 Rochelle Slovin* (Carol Reynolds) Slovin’s stage career began at the age of eight at the Henry Street Playhouse, under the direction of renowned dance and theater artist Alwin Nikolais. In the 1960s, she appeared in many plays at the groundbreaking experimental theater, La MaMa. Recent film/TV/new media: Redrum (Investigation Discovery), Morgan Spurlock’s Seven Deadly Sins (Showtime), The Hyperglot (Michael Urie, dir.), Sonnet XIV (NY Shakespeare Exchange), Great American (internet pilot), and music videos for Autre Ne Veut and Mutual Benefit. Recent theater projects include: Mme. Voynitsky in Uncle Vanya (Aleksey Burago, dir.), Anfisa in Three Sisters (Gowanus Art and Production), and leading roles in the premiers of several new plays: The Accidental Caregiver, John Wayne’s  America, Do The Blind Dream?, and Debutante. Ms. Slovin is the founder of Museum of the Moving Image, which she led for thirty years. The Museum, in Astoria, New York, is widely acknowledged as among the most important institutions dedicated to film, television digital, and interactive media in the world.

Roxie (Peaches) was adopted by guardian William Berloni in 2008 from a rescue group in Louisiana where she was found as a stray.  She was the understudy for “Bruiser” on the national tour or Legally Blonde which ran until 2011.  She went on to star in the role in many regional productions.  She was thrilled to portray Billie Holiday’s beloved Pepe in Lady Day at Emerson’s Bar and Grill with Audra McDonald on Broadway and filmed by HBO. 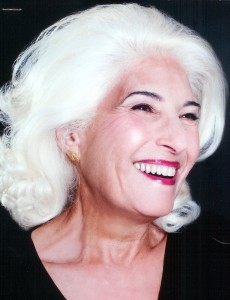 Avant-garde actress. Political activist.  Founder of Museum of Moving Image in New York.  Patron of the Arts.  Rochelle Slovin  now takes on the role of Carol Reynolds in The Last Romance at the Ivoryton Playhouse.

The Ivoryton Playhouse is honored to welcome Rochelle Slovin to the Ivoryton stage.

A native New Yorker, Rochelle Slovin was educated at Cornell University and the Columbia Business School.  She began her career in the 1960s as a performer in New York’s avant-garde theater, appearing often at La Mama and other off-off-Broadway venues. 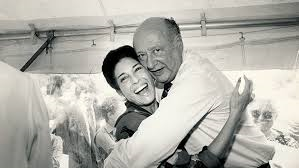 Following the birth of her two sons, and leaving the theatrical world, she became an organizer of Women’s Strike for Peace and then played a major role in Bella Abzug’s 1970 Congressional campaign. She entered New York City government in 1971, first working for the New York City Planning Commission and later for the Bronx Borough President. From 1976 to 1980, she was the director of the New York City CETA Artists Project, the largest publicly funded employment program for creative artists since the WPA. 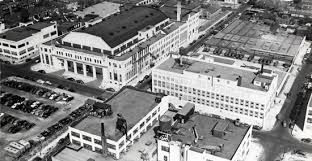 In 1981 Ms. Slovin was named Executive Director of the Astoria Motion Picture and Television Foundation (a not-for-profit organization that had been established in 1977 with the goal of restoring to productive use the historic Astoria Studio complex). Upon her appointment, she proposed creating an American Museum of the Moving Image in one of the buildings on the property. She went on to develop the plans for the Museum’s mission, collection, exhibitions, programs and architecture; raised the funds necessary for its construction and operation; and assembled a distinguished staff and Board of Trustees. 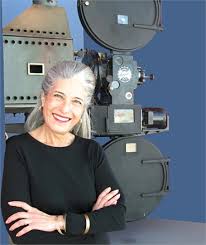 With Ms. Slovin at its helm, the Museum came to prominence as the only museum in the United States, and the first museum in the world, devoted exclusively to film, television and digital media. She has expanded the Museum’s reach through off-site programs, traveling exhibitions and a content-rich website. Museum of the Moving Image is the only institution in the U.S. that explores the art, industry and innovation of screen culture in all its forms. Embracing topics that range from 19th century optical toys to the latest Internet developments, the Museum provides insight into every phase of the production, promotion and exhibition of moving images. Engaging an international audience of all ages, Museum of the Moving Image offers a distinctive, highly interactive core exhibition; contemporary and retrospective programs of films from around the world; public discussions with leading figures in film and television; a unique collection; inspiring education programs; stimulating changing exhibitions; and groundbreaking online projects.

The Museum was granted accreditation from the American Association of Museums in 2006. On February 27, 2008, the inauguration of the Museum’s $67 million expansion and renovation was held and construction began. The museum opened its redesigned and expanded building, designed by Leeser Architecture, on January 15, 2011.

“Rochelle Slovin is one of the very few individuals who have created a major New York City museum from scratch and then guided it to maturity,” Herbert Schlosser, Chairman of the Board of Trustees of Museum of the Moving Image stated. “Every aspect of Museum of the Moving Image bears her stamp, from its intellectual framework to its approach to serving its many constituencies to its remarkable new physical form.”

In 1992, Ms. Slovin received the City of New York Mayor’s Award of Honor for Arts and
Culture for “her leadership of an internationally recognized institution” and, in 1993, the Metropolitan Historic Structures Association honored her for “her inspired leadership in the founding of the American Museum of the Moving Image, a site of national and international cultural significance.” In 2002, Ms. Slovin and the Museum were honored by Governor George Pataki with the State of New York Governor’s Arts Award. 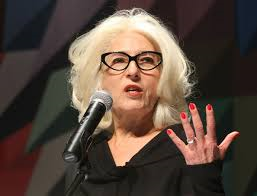 Ms. Slovin has lectured throughout the world on museum planning, exhibition philosophy, and the use of audiovisual media in museums. She is a former chair of the Cultural Institutions Group (comprising the 32 major City-funded cultural institutions) and a member of the Board of Directors of the Wooster Group and currently serves on the President’s Council of Cornell Women. She lives in Manhattan with her husband, the philosopher Edmund Leites. 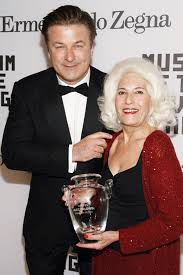 Join us for an opening night reception with the cast of  The Last Romance following the 8:00pm performance on Friday, April 24th.  Light refreshments will be served.

Check back here for video clips and images from rehearsals – opening night! 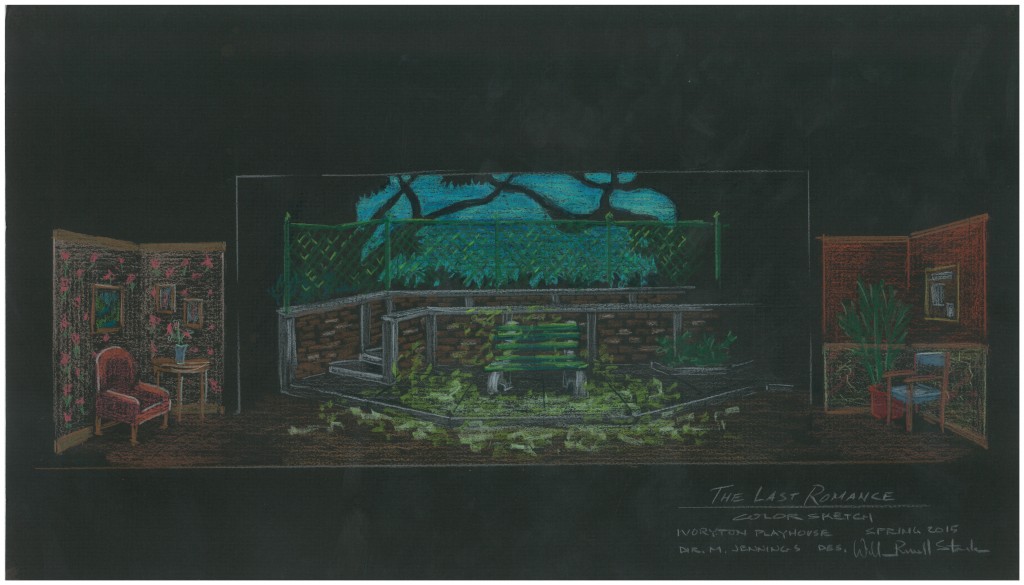 A rendering of the beautiful set for The Last Romance by Set Designer William Russell Stark.

The Last Romance
by Joe DiPietro
at the Ivoryton Playhouse 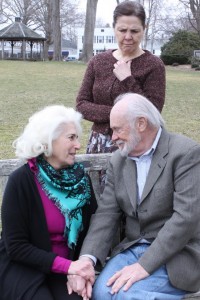 Ivoryton:  On an ordinary day in a routine life, an 80-year-old widower named Ralph decides to takes a different path on his daily walk — one that leads him to an unexpected second chance at love.

Relying on a renewed boyish charm, Ralph attempts to woo the elegant, but distant, Carol. Defying Carol’s reticence — and the jealousy of his lonely sister Rose — he embarks on the trip of a lifetime and regains a happiness that seemed all but lost. 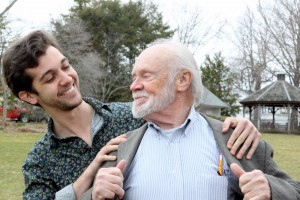 Directed by Maggie McGlone Jennings, the cast includes Chet Carlin* as Ralph, whose Broadway credits include Fiddler on the Roof with Theodore Bikel and the National Tour of Sir Peter Hall’s As You Like It; Kate Konigisor*, the Artistic Director of Shakespeare with Benefits as Rose; Stephen Mir as the Young Man and Rochelle Slovin*, making her Ivoryton debut as Carol and reigniting a theatre career after spending the past 30 years as the Founding Director of the Museum of the Moving Image in New York.

The set design is by William Stark, lighting design by Tate Burmeister and costumes by Vickie Blake.

The Last Romance opens at the Ivoryton Playhouse on April 22nd and runs through May 10th. Performance times are Wednesday and Sunday matinees at 2pm. Evening performances are Wednesday and Thursday at 7:30pm, Friday and Saturday at 8pm. Tickets are $42 for adults, $37 for seniors, $20 for students and $15 for children and are available by calling the Playhouse box office at 860-767-7318 or by visiting our website at www.ivorytonplayhouse.org  (Group rates are available by calling the box office for information.) The Playhouse is located at 103 Main Street in Ivoryton.

"Men always want to be a woman's first love - women like to be a man's last romance." - Oscar Wilde