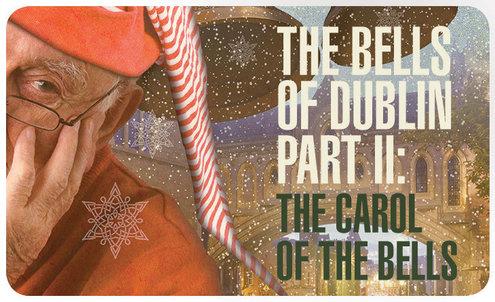 The Bells of Dublin Part II: The Carol of the Bells 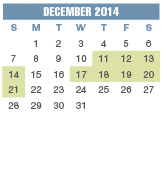 It wouldn’t be Christmas without a trip to Dublin to visit Paddy and the gang at Bell’s Pub. But what is going on here? Guinness and Irish Stew are gone and tapas and red wine are on the menu?? Oh Paddy, did the crock of gold you got from the leprechauns go to your head? Don’t miss the hilarious sequel to THE BELLS OF DUBLIN coming to the Playhouse in December. 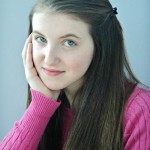 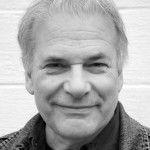 David Cardone (Frank O’Rafferty) has been active in community theatre for years.  He is glad to be back at the Ivoryton Playhouse for a second time, last here playing the role of the sheriff in The Rainmaker.  David was just seen as George Hay in Moon Over Buffalo with the Chester Meetinghouse Players.  Favorite characters have been the recurring role of fictional “film noir” detective Justin Thyme and playing identical twins in Flying Feathers.  He has also enjoyed roles in Cahoots, Rumors, Noises Off, Earth and Sky and The Problem.  Earlier this year, David was seen in Enchanted April at The Kate, playing opposite his real life wife, Nancy, who makes life wonderful. You can find them both working at Cardone & Daughter Automotive in Westbrook. 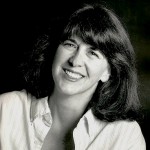 Nancy Richardson Cardone (Katie Bell) Nancy is happy to be back at the Ivoryton Playhouse reprising her role as Katie Bell. She has worked with many theatre groups over the years including Chester Meeting House Players, East Haddam Stage Co., Saybrook Stage Co., Hole in the Wall, New Britain Rep, Podium Players and more. Favorite roles include: Becky in Becky’s New Car, Rose in Enchanted April, Agnes in Shadow Box, Claire in Proof, Jan in Cahoots and Marlene in Daddy’s Dyin’, among others. While she enjoys playing opposite her husband on stage, in real life she likes to work with him at Cardone & Daughter Automotive in Westbrook.  Beyond words love to David, their kids and their families.  Thank you to everyone here at the Ivoryton Playhouse, you have been so gracious, it is an honor to be among such talented and kind souls. 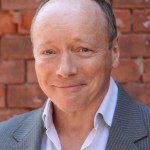 R. Bruce Connelly* (Paddy Bell) appeared last at the Ivoryton Playhouse as George Burns in Say Goodnight, Gracie. Other roles here include Max Bialystock in The Producers, Archie in celebration of the Playhouse’s 100th anniversary, the title role in Barnum, Felix Unger in The Odd Couple, Barney Cashman in The Last of the Red Hot Lovers, Pseudolus in A Funny Thing Happened on the Way to the Forum, Finian in Finian’s Rainbow, Dr. Einstein in Arsenic and Old Lace, Willie Clark in The Sunshine Boys and Max Prince in Laughter on the 23rd Floor. Other roles elsewhere include J.M. Barrie in The Lost Boy at the Helen Hayes Theatre, Murray Burns in A Thousand Clowns and title roles in The Man Who Came to Dinner, Scapino!, Uncle Vanya, The Music Man and half the town in Greater Tuna. Since 1993, Bruce has played Barkley, Jim Henson’s Muppet dog on Sesame Street for which he has been honored fifteen times by the National Academy of Television and Radio at the Daytime Emmy Awards. 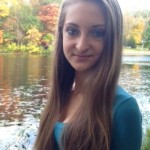 Olivia Harry (Fiona) Fourteen year old, Olivia, is happy to be back at the Ivoryton Playhouse, where she made her theatrical debut, at the age of eight in Touch of the Child. A few past credits include, A Child’s Christmas in Wales; Choir, Willy Wonka; The Candy Man, Cinderella Story (The Musical); Uglina, 101 Dalmatians; Anita, Rapunzel; Rapunzel and much more. She was also in two films, American Jubilee; Young Kenzie and a Wesleyan student film, Lolo; School Girl. Olivia would like to thank the cast and crew for all the hard work they put into this show! Happy Holidays!!

Michael Hotkowski (Tristram Fortescue) is honored and delighted to be joining the cast and crew of The Bells of Dublin. A Vancouver Film School Alumni, his past stage and screen work includes Brett Cornell, The Speckled Band as Watson as well as his prior appearances here in I’m Connecticut and Comedy is Hard. He wishes a Merry Christmas to all and to everyone else a stellar Festivus. 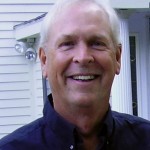 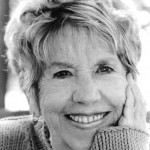 Maggie McGlone-Jennings (Lady Malbray) first became involved with the Ivoryton Playhouse in 2008 when she portrayed Ethel in Moon Over Buffalo. Since then at Ivoryton, she has performed Claire in Steel Magnolias, Aunt Ev in Miracle Worker, Jane Jenkins in Home For The Holidays, Old Sally in Oliver, and most recently Gingy in Love, Loss and What I Wore. She has also directed The Playhouse productions of Woman In Black, Last Of The Red Hot Lovers, Kitchen Witches and Other People’s Money. In the capacity of director, actress, choreographer, costumer and /or teacher, she has worked at other Connecticut Theatres including the Eugene O’Neill, Yale School of Drama, Hartford Stage, Chester Meeting House Players, Saybrook Stage Company at The Kate, The Stony Creek Puppet Theatre, The Summer Theatre of Greater New Haven and Stratford Shakespeare Theatre among others. She is blessed to share ‘the love that comes with Christmas Day’ throughout the year with her five part-Irish grandchildren, who give her life,  joy, agony, and meaning. 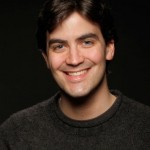 Michael McDermott* (Michael) studies voice with internationally known singer and actress Ms. Marni Nixon of NYC. He also studies cello with Ms. Celeste Winocur Cumming of West Hartford CT. Michael recently just wrapped up performing at The Charter Oak Cultural Center, with the wonderful company “dancEnlight”, under the direction of Choreographer and Artistic Director Ms. Lorelei Chang, Michael was so proud to get to co- write and narrate Ms. Lorelei Changs creation of The Way, a story about the art of Chinese Tea Ceremony.  He was last seen at The Katharine Hepburn Cultural Arts Center in Old Saybrook CT. playing Juror #8, in 12 Angry Men with The Saybrook Stage Company.  Michael was also seen at The Ivoryton Playhouse in their production of, The Producers, playing Leo Bloom. Michael has also performed at Seven Angels Theater, Goodspeed Opera House, and The Spirit of Broadway Theater.  Michael just finished up two concerts with his Irish Group, “Cead Mile Failte”, meaning A Hundred Thousand Welcomes in Gaelic.

Ted Phillips (Ted) has been performing folk music, traditional and contemporary, from around the world for many years.  He plays banjo, guitar, mandolin, bagpipes, trombone, and charango (a Bolivian instrument like a small guitar).  His music includes many songs from Central America, South America (learned as a Peace Corps Volunteer in Chile), Scotland, and Ireland; bluegrass tunes; and songs from all eras in United States history.  He currently teaches courses in biopsychology and Spanish at Mitchell College, and recently retired from almost 50 years in public and private education as a teacher, counselor, and principal.  Ted is an avid runner and plays vintage baseball. He feels very happy and privileged to again be part of this production. 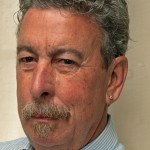 Norman Rutty (Norm) is delighted to be, on the Playhouse stage in the company of so many talented people. Norm’s first appearance at Ivoryton was in the role of Scrooge in Scrooge the Musical, followed by roles in A Christmas Carol, Big River, The King & I, Touch of the Child and The Philadelphia Story. Norm’s other regional theater credits include the role of Sweeney in Sweeney Todd, Fagin in Oliver, and supporting roles in Baby, Violet, Man of La Mancha, Red Hot & Cole and the US premier of the musical Falls.

Written and Directed by: Jacqueline Hubbard

Join us for an opening night reception with the cast after the 7:30pm performance on Friday, December 12th.

The Bells of Dublin Part Two: The Carol of the Bells
By Jacqueline Hubbard

A not so traditional Irish Christmas Story!

It wouldn’t be Christmas without a trip to Dublin to visit Paddy and the gang at Bell’s Pub. But what is going on here? Guinness and Irish Stew are gone and tapas and red wine are on the menu?? Oh Paddy, did the crock of gold you got from the leprechauns go to your head? Don’t miss the hilarious sequel to THE BELLS OF DUBLIN coming to the Playhouse in December.

A very special and original holiday production for the whole family, written and directed by Ivoryton Playhouse Executive Director, Jacqueline Hubbard, THE CAROL OF THE BELLS will premiere at the Ivoryton Playhouse on December 11, 2014.

“An Irish pub, great music and Christmas – the winning trifecta for a fun filled, family holiday show. We had such a terrific time with Paddy Bell and his family last Christmas I couldn’t resist bringing him back again this year. So, if you enjoyed THE BELLS OF DUBLIN, come back and see what trouble Paddy gets into this year. And if you missed it last year, no worries; when the curtain goes up and we’re in Paddy’s pub, everyone is family!”

Come and experience the true magic of the season Dublin style with this original Christmas musical – for two weeks only.

The Bells of Dublin Part Two: The Carol of the Bells opens on Thursday, December 11th and runs thru December 21st for 2 weeks. Performance times are Saturday and Sunday matinees at 2pm. Evening performances are Thursday, Friday and Saturday at 7:30pm.There is also a Wednesday matinee on December 17th. Tickets are $32 for adults, $30 for seniors, $20 for students and $15 for children and are available by calling the Playhouse box office at 860-767-7318 or by visiting our website at www.ivorytonplayhouse.org  (Group rates are available by calling the box office for information.) The Playhouse is located at 103 Main Street in Ivoryton.

Members of the press are welcome at any performance.   Please call ahead for tickets.

Dublin is full of pubs - modern megapubs catering for a young crowd, cozy small corner pubs which have not been redecorated for a century, pubs providing a venue for folk musicians and pubs that are no more than watering holes for the serious drinkers. Dating back to 1198, The Brazen Head is officially Ireland's oldest pub. It can be found short walk from Christchurch Cathedral and The Guinness Brewery on Bridge Street Lower, Dublin.