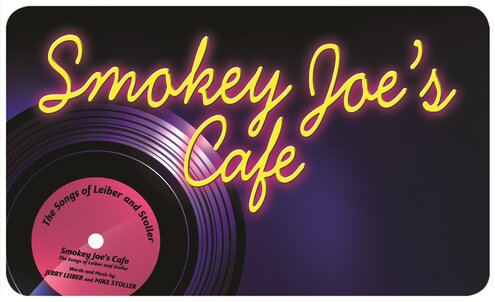 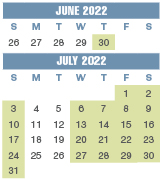 Words and Music by Jerry Leiber and Mike Stoller

This Grammy® Award-winning and Tony Award®-nominated smash, made history as Broadway’s longest-running musical revue. Featuring 40 of the greatest songs of the past century, including show-stopping classics like “On Broadway,” “Stand by Me,” “Jailhouse Rock,” “Hound Dog,” “Love Potion No. 9,” “Spanish Harlem,” “Yakety Yak” and “Charlie Brown,” it celebrates the music of the legendary songwriting duo, Jerry Leiber and Mike Stoller. Their generation-defining songs provided hit after hit for icons like Elvis Presley, Ben E. King, The Coasters, and The Drifters.

“To the baby-boom generation, the songwriters Jerry Leiber and Mike Stoller are as sacrosanct as George Gershwin is to their parents.” – The New York Times

Our patio bar will be open from 7pm on Friday and Saturday nights before the show where we will be serving red and white wine, rose, prosecco and beer. Cash and credit cards accepted. Come early to the Playhouse and enjoy a drink before the show.

Before admittance into the Playhouse, vaccinated patrons are asked to provide proof of vaccination (with photo ID). If you are not vaccinated, you must wear a mask. Entry will be denied to patrons who do not provide documentation as required.  Wearing of masks in the theatre is recommended.

This season, Ivoryton Playhouse is back to full capacity for the first time in two years, yet the safety of our audience remains our primary concern.  These guidelines are subject to change at any time during the season.

Cameron Loyal is beyond grateful to be spending his summer here at Ivoryton Playhouse. He was most recently seen originating the role of Sid Worley in the 1st National Tour of An Officer and a Gentleman: The Musical. Recent Regional credits include: Aida (WPPAC), Legally Blonde (ARTSHHI), An Officer and a Gentleman (Workshop). Huge thanks family, friends, a great mentor, and his agents at The Collective. SOCIAL: IG: @camomile.t

Lyricist Jerome Leiber (April 25, 1933 – August 22, 2011) and composer Michael Stoller (born March 13, 1933) were American songwriting and record producing partners. They found success as the writers of such crossover hit songs as “Hound Dog” (1952) and “Kansas City” (1952). Later in the 1950s, particularly through their work with The Coasters, they created a string of ground-breaking hits—including “Young Blood” (1957), “Searchin’” (1957), and “Yakety Yak” (1958)—that used the humorous vernacular of teenagers sung in a style that was openly theatrical rather than personal.[4]

Leiber and Stoller wrote hits for Elvis Presley, including “Love Me” (1956), “Jailhouse Rock” (1957), “Loving You“, “Don’t“, and “King Creole“. They also collaborated with other writers on such songs as “On Broadway“, written with Barry Mann and Cynthia Weil; “Stand By Me“, written with Ben E. King; “Young Blood”, written with Doc Pomus; and “Spanish Harlem“, co-written by Leiber and Phil Spector. They were sometimes credited under the pseudonym Elmo Glick. In 1964, they launched Red Bird Records with George Goldner and, focusing on the “girl group” sound, released some of the notable songs of the Brill Building period.

In the 1950s the rhythm and blues of the black entertainment world, up to then restricted to black clubs, was increasing its audience-share in areas previously reserved for traditional pop music, and the phenomenon now known as "crossover" became apparent. Leiber and Stoller progressed the course of modern popular music in 1957, when they wrote and produced the hit by The Coasters, "Young Blood"/"Searchin'". They released "Yakety Yak" - a mainstream hit - followed by "Charlie Brown". They produced and co-wrote "There Goes My Baby", a hit for The Drifters in 1959, which introduced the use of strings for saxophone-like riffs, tympani for Brazilian baion rhythm, and lavish production values into the established black R&B sound, laying the groundwork for the soul music that would follow. In all, Leiber and Stoller wrote or co-wrote over 70 chart hits. They were inducted into the Songwriters Hall of Fame in 1985 and the Rock and Roll Hall of Fame in 1987.

Wearing of masks in the theatre is recommended.

If you are not feeling well or are experiencing any symptoms of covid, please do not travel to the Playhouse. We will gladly switch your tickets to another date within the same show (subject to availability).

This season, Ivoryton Playhouse is back to full capacity for the first time in two years, yet the safety of our audience remains our primary concern. These guidelines are subject to change at any time during the season. Knowing all audience members are covid-free will provide a safe and enjoyable experience for all.