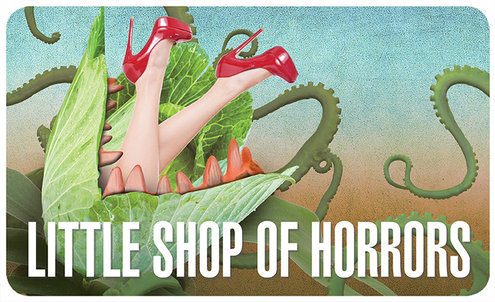 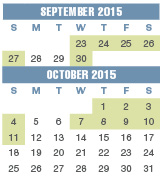 The charming, tongue in cheek musical comedy of Seymour who stumbles across a new breed of plant he names “Audrey II” – after his coworker crush, has been devouring audiences for over 30 years.  The music, in the style of early 1960s rock and roll, doo-wop and early Motown, includes several well-known tunes, including the title song, “Skid Row (Downtown)”, and “Suddenly, Seymour”.

Based on the film by Roger Corman.  Screenplay by Charles Griffith.

Puppets on loan from Center Stage Theatre in Shelton, CT. 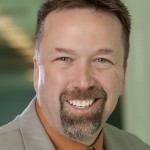 David Conaway* (Mushnik) began his Ivoryton Playhouse journey when Jacqui Hubbard saw him play the Dentist in Little Shop many years ago and called him in for the role of the Pharaoh in Joseph and the Amazing Technicolor Dreamcoat.  Since then, David returned to the Ivoryton stage ten times, playing Willy Wonka in Willy Wonka and the Chocolate Factory, Mad Hatter in Alice in Wonderland, Bilbo Baggins in The Hobbit, Moonface in Anything Goes, Sam in A Few Good Men, Thoreau in The Night Thoreau Went to Jail, the Father in The Best Christmas Pageant Ever, and most recently as Richard in The Seven Year Itch, as well as directing a production of Death of a Salesman. David toured nationally as Mozart in Amadeus, played the lead in Best Friends Off-Broadway, and has played leading roles in 13 Shakespeare productions all over the country. 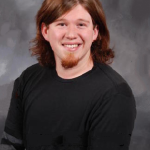 Austin Michael Costello (Puppeteer) is a puppet artist from Long Island, New York.  Costello received his BFA in Puppet Arts from The University of Connecticut’s Puppet Arts Program in 2015 and he has since gone on to work with The Boston Pops Orchestra, Sesame Street, and Character Management Inc. as a costume performer and character handler.  Costello is also a shop worker for The Jim Henson Company and he has built large stage puppets for Beauty and The Beast, Pippin, Little Shop of Horrors, and other local productions.  Austin would like to thank God, his family, and his Puppet Godfather for their love and support! 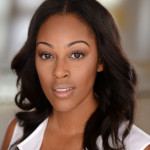 Denielle Marie Gray (Ronnette) is beyond grateful for the opportunity to make her Connecticut debut. A native New Yorker and graduate of the acclaimed FAME school, Fiorello H. LaGuardia High School of Music and Art and Performing Arts, she has sung background for such artists as Patti LaBelle, Josh Groban, Kirk Franklin, Karen Clark Sheard and numerous renowned Gospel artists. Denielle received a dual BFA in Theater-Acting and Music-Vocal Performance from CalArts. Credits: A Band of Angels: The Revival (The Mint Theater), Two Rooms ( Patrick Vassel), Golden Mickey’s; Disney Dreams; Villains (Disney Cruise Line), King Headley II (James Avery) Christmas Is Comin’ Uptown; The Wiz (BAMSS). Thank you to my family and friends for your never ending support.  Psalm 130:5! My light must SHINE! 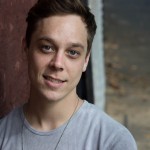 Carson Higgins* (Orin) born and raised in Southern California and a graduate of the American Academy of Dramatic Arts. Carson returns to Ivoryton after playing Huey in Memphis. He has been seen on the road in the international tour of Green Day’s American Idiot as St. Jimmy. Other credits include The Runaway Clone (NYMF), Out of the Basement, The Bad Years, The Columbine Project and was featured on American Idol (season 10). Other film and TV: Without Ward, Raising Hope.  Thanks to mom and dad and the people here at the Ivoryton Playhouse for being awesome! @carsonshiggins 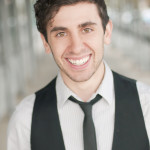 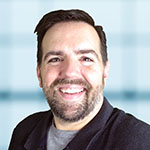 Steve Sabol (voice of Audrey II) is just as surprised as you are that he’s in this cast and is shocked SHOCKED I TELL YOU that you’ve read even this far into his bio. His most recent acting endeavors saw him sharing the stage with his daughters Amelia and Annabelle as Donkey in Shrek the Musical (Colchester Community Theatre) and Dr Icicle in the world premiere of Shivering Santa (Community Theatre at Woodbury). Steve also appeared in the Spirit of Broadway Theater’s productions of Zombies from the Beyond (Major Malone) and Front Page Girl (Robert Seaman), was featured as Roger DeBris in Phoenix Theater’s The Producers, and performed in the Playhouse on Park productions of The Rocky Horror Picture Show Shadow Cast and the children’s musical Miss Nelson is Missing. 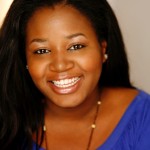 La’Nette Wallace (Crystal) is ecstatic to be back at the Ivoryton Playhouse. After earning a BFA in musical theatre from Five Towns College, La’Nette has gone on to perform in several productions. Off Broadway, A Band of Angels. Some of her regional credits include Effie White, Dreamgirls; Muzzy VanHossmere, Thoroughly Modern Millie; Sarah, Ragtime; Motormouth Maybelle, Hairspray; and Asaka, Once on this Island. She would like to thank her family and friends for their continued support. A special thanks to her mother, Robin T. Wallace who always told her to follow her dreams. I’ll always sing your song Mommy! “See you later alligator!” “Not for a while crocodile!” 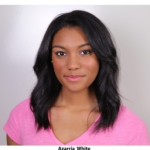 Azarria White (Chiffon) is thrilled to be making her Ivoryton Playhouse Debut in Little Shop of Horrors. She is a recent graduate of the intergrated program at the American Musical & Dramatic Academy. She is now a senior at Parsons The New School getting her B. F. A. in musical theater. She recently finished her Off-Broadway debut in Vital Theater Company’s Peace Love And Cupcakes The Musical (Sadie). She was last seen in Lincoln Center Originals: The Cry Havoc Company (Ensemble), Little Shop of Horrors (Ronnette) with Barnstormers Theatre Company, and Spring Awakening (Martha) with The Sherman Theatre. Azarria wishes a special thanks to her friends and family for their support and love. Namaste. 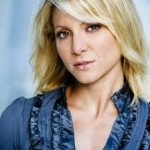 Laura Woyasz* (Audrey) Broadway: Wicked (Glinda standby) Off Broadway: My Life with Albertine at Playwrights Horizons. Laura was most recently seen as Peggy in Come Blow Your Horn at TACT. Other favorites–‐Venus in Fur (Vanda), Noises Off (Brooke) at Pittsburgh Public Theatre and Flat Rock Playhouse, Boeing Boeing (Gloria), James Joyce’s The Dead at The Kennedy Center, Ahmanson, ACT, and Huntington Theatre, The Odd Couple (Gwendolyn Pigeon), Anything Goes (Erma), Smokey Joe’s Café (Delee), The Who’s Tommy (Sally Simpson), Breaking Up is Hard to Do (Lois). Tours include Wicked, Thoroughly Modern Millie, and Hello Dolly!  Laura was a cast member of Wicked for 5 years, during which she became involved with The Ronald McDonald House in NYC. She has been a proud volunteer for 4 years. Laura has sung all over the world as a soloist with Wicked Divas and has even performed as a backup singer for Kenny Rogers. In 2013 she became a published photographer. Her pictures and story are featured in Exit Zero magazine.  Please visit www.laura-woyasz.com 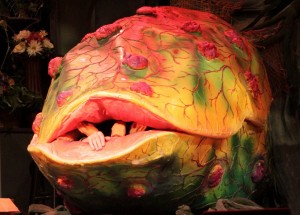 Join us for an opening night reception with the cast of Little Shop of Horrors on Friday, September 25th following the 8:00pm performance.

The need for affordable housing for those who work in our community continues to be a challenge and HOPE continues to look for creative ways to meet this challenge.

To make a reservation, please follow this link:  http://www.hope-ct.org/events/

More information on how to purchase tickets, please call 860.399.9622 or follow this link:  vsymca.org/tickets

For over 90 years, the Valley-Shore YMCA has had a positive impact on the lives of those who live and work on the shoreline and in the Connecticut River Valley area, by promoting programs that build healthy spirit, mind and body.

The Y is more than just a pool, a gym or wellness center.  The Y is a community of caring individuals and of families where honesty, respect, responsibility and, where building character values are a priority.  All YMCA members experience a sense of belonging and ownership that lasts a lifetime.

Proceeds of this fundraiser will benefit youth development and healthy living programs.

Check back here for video clips, press releases and images from rehearsals through to opening night! 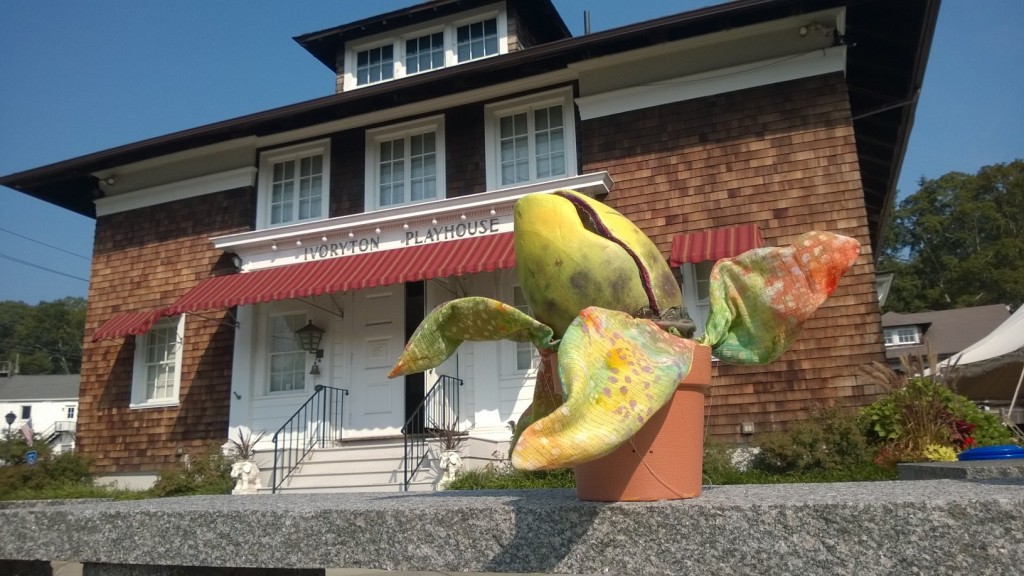 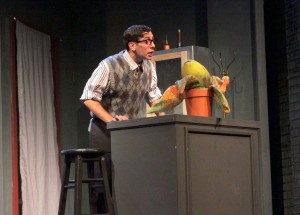 Ivoryton – September 23rd marks the opening of the sixth show of the Ivoryton Playhouse’s 2015 season and it arrives fully fanged and demanding blood! A deviously delicious Broadway and Hollywood sci-fi smash musical, Little Shop Of Horrors has devoured the hearts of theatre goers for over 30 years. Howard Ashman and Alan Menken (Disney’s The Little Mermaid, Beauty and the Beast, and Aladdin) are the creative geniuses behind what has become one of the most popular shows in the world.

Meek flower shop assistant, Seymour Krelborn, stumbles across a new breed of plant he names “Audrey II” – after his coworker crush. This foul-mouthed, R& B-singing carnivore promises unending fame and fortune to the down and out Krelborn as long as he keeps feeding it, BLOOD. Over time, though, Seymour discovers Audrey II’s out of this world origins and dastardly intent towards global domination! 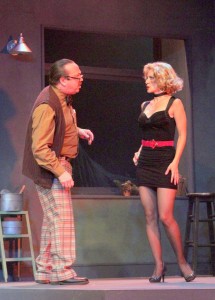 One of the longest-running Off-Broadway shows, Little Shop Of Horrors has been a worldwide success for over 30 years.  The music, in the style of early 1960s rock and roll, doo-wop and early Motown, includes several well-known tunes, including the title song, “Skid Row (Downtown)”, and “Suddenly, Seymour”.

Little Shop of Horrors is directed by Larry Thelen (Dreamgirls, La Cage Aux Folles), musical directed by Robert Tomasulo and choreographed by Apollo Smile. The cast includes Playhouse favorites Nicholas Park* (All Shook Up) as Seymour, Carson Higgins* (Memphis) as Orin, and David Conaway (most recently The Seven Year Itch) as Mushnik. La’Nette Wallace (All Shook Up) will be joined by Azarria White, and Denielle Marie Gray as Urchins and Laura Woyasz* makes her Ivoryton debut as Audrey.  The Puppet is voiced by Steve Sabol and puppeteer is recent UConn puppetry program grad, Austin Costello. Set design is by Martin Marchitto, lighting design by Marcus Abbott and costumes by Vickie Blake. 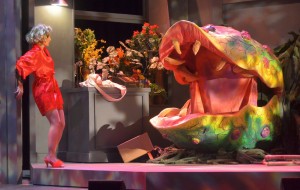 A tongue in cheek musical comedy, Little Shop of Horrors will make you think twice before you buy that potted plant!.

Little Shop of Horrors is generously sponsored by Citizens Bank, The Safety Zone and Comcast.

Looking for something to do?  Ivoryton Playhouse was voted Best Place to See Live Theatre by the readers of the Shoreline Times!  Come and visit Essex and see a show at this Connecticut historic treasure!

This comedy horror rock musical is based on the low-budget 1960 black comedy film "The Little Shop of Horrors", directed by Roger Corman. The musical premiered Off-Off-Broadway in 1982 before moving to Off-Broadway, where it had a five-year run. It later received numerous productions including a successful Broadway production. The musical was also made into a 1986 film of the same name, directed by Frank Oz.