We have many exciting “pop up” events scheduled for this summer.

This new series of programming focuses on new and unique small-scale performances, shining a light on local artists in collaboration with Brief Cameo Productions and Ivoryton Playhouse to engage with area spaces, both traditional and unconventional. Curated by BCP Resident Music Director Jill Brunelle.

These events are all FREE and open to the public.

Dates and times subject to change.

ElementNext is made possible through a generous grant from the:

A JOURNEY… by Kimberly Wilson is an intricate look at the Black experience told through the eyes of the Black woman and performed by one woman, professional actress and singer Kimberly Wilson. Westport resident, Ms. Wilson skillfully tells of the struggles and influence of Black womanhood with courage, dignity, faith, hope, and strength in perfect lockstep with the history of the United States. Eight women, eight pivotal generations, present to you their stories through song, movement and dialogue and how ultimately their faith, hope, and calling help shape the America we know today. Joyful celebrations and painful reflections are rendered artistically to tell a story of persistence and courage and how our Black womanhood, not always intricately woven into the tapestry of American history, is another thread that weaves together the fabric of America’s History. Included in this journey are historical reflections from a Native African Queen, a Slave Woman, Harriet Tubman, Sojourner Truth, Haggar Tonquin, Rosa Parks, Maya Angelou, and more.

Originally from Minneapolis, Kimberly first pursued theater while in high school, studying and performing at The Minneapolis Children’s Theatre. Kimberly was also a founding acting company member of Mixed Blood Theater in Minneapolis. After studying theater at Howard University, Kimberly returned home and continued her acting career performing in plays and television commercials. She has performed with many theater companies including, the Shoestring Playhouse, At the Foot of the Mountain, Brass Tacks Theater, Park Square, Theatre in the Round, Illusion Theater, Minnesota Festival Theater, Penumbra Theater, Collective Consciousness Theater, New Haven Theater Company and The Theatre Artists Workshop in Norwalk. For the past seven years, Kimberly Wilson has been touring her original musical one-woman show A Journey locally and nationally in theaters, schools, libraries, historical societies, places of worship and other community organizations. She continues to schedule bookings throughout the year. This highly acclaimed performance brings to life seven historical African-American women, including an African Queen, Harriet Tubman, Sojourner Truth, Rosa Parks, Maya Angelou, and more. Through soulful singing, character transformations, joyous celebrations and painful reflections, Ms. Wilson takes the audience on a powerful Journey of courage, persistence, hope, faith, and love. Kimberly Wilson was last seen in the Greenwich Theatre Company production of 7 Easy Pieces by Jack Rushton, November 2019.

Christine Manalo is a vocalist and pianist who is native to Watertown, CT. Christine is a graduate at Western Connecticut State University, where she studied classical voice and piano performance. Past stage credits include Hansel und Gretel (Gretel) at WCSU, which was selected as the 1st Place Division Winner at the National Opera Association; The Magic Flute (Second Spirit) at Yale Opera, and Die Zauberflote (Pamina). She has studied voice with Margaret Astrup, Laura Mashburn, and classical piano with Russell Hirshfield. Christine is a recipient of the James Furman Scholarship Award, and placed as a finalist in the Upper College Division in the New England NATS Competition. Additionally, Christine is currently the organist and cantor at All Saints with Christ Church in Oakville, CT. Outside of performing, Christine is an educator in Bethel, CT, where she teaches choir, piano, general music, and is the theatre vocal director at Bethel High School.

Rick Baumer grew up in Newtown, CT and began playing guitar at age eight. After Rick’s sophomore year of high school, his family moved to São Paulo, Brazil, during which his study of music intensified. Rick completed his bachelor and masters degree at Western Connecticut State University, where he was a recipient of the James Furman Scholarship Award for performance in a jazz quartet. He has studied with guitarists Chris Morrison, Michel Leme and Jamie Begian. You can currently find Rick performing in duos with vocalists Amanda Bellitto and Christine Manalo. He is also a member of the Jerrod Cattey Trio and Quartet, as well as a leader of his own groups, including the Brazilian music ensemble, Studio Rio. In addition to performing, Rick is an educator in Bethel, CT, where he teaches orchestra, guitar, music theory and electronic music at Bethel High School. 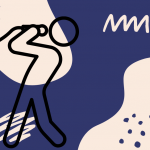 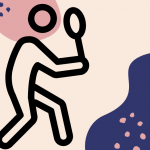 Sanne Zwikker is a 14-year-old Dutch-American violinist from New York City. She picked up her first violin at age of three. Later, she moved to the Greater New York area to study at the Manhattan School of Music conservatory. In 2018, Luister magazine introduced Sanne as the “young, super talented violinist from New York City”. This renown classical music magazine premiered her full performance of the Saint Saens Violin Concerto in the fall of 2020. In the summer of 2019, Sanne brought her GenZ Tour to the Netherlands where she performed her Mendelssohn Violin Concerto with sold out performances in 4 cities. Mexican-American conductor, Felipe Tristan praised her: “She is very talented and driven, and her repertoire is difficult.” In the same year, her crossover version of Bach’s 1st Sonata with world champ beatboxer, B-Art was streamed live to 100K gen Z followers. LEVEN magazine called her the “young protégée who builds bridges in the world of music”, referring to working across borders, music styles, and age groups. 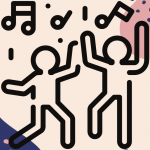