Receive Our Newsletter
Categories
Archives
Tags
All shows for MAMMA MIA! now SOLD OUT! Thank you!!!!→
← “One night only” Cabaret Performances this summer
Check out our video clip for CABARET – on stage until Sunday, September 1st

CABARET
At The Ivoryton Playhouse

Ivoryton – “There was a cabaret and there was a master of ceremonies and there was a city called Berlin in a country called Germany. It was the end of the world … and I was dancing with Sally Bowles and we were both fast asleep.” So begins the international classic musical and winner of 8 Tony awards – CABARET – opening in Ivoryton on Wednesday, August 7th. Join us at the Kit Kat Club as the Emcee takes us back to those tumultuous times with unforgettable musical numbers including, “Wilkommen,” “Cabaret,” and “Maybe This Time.” 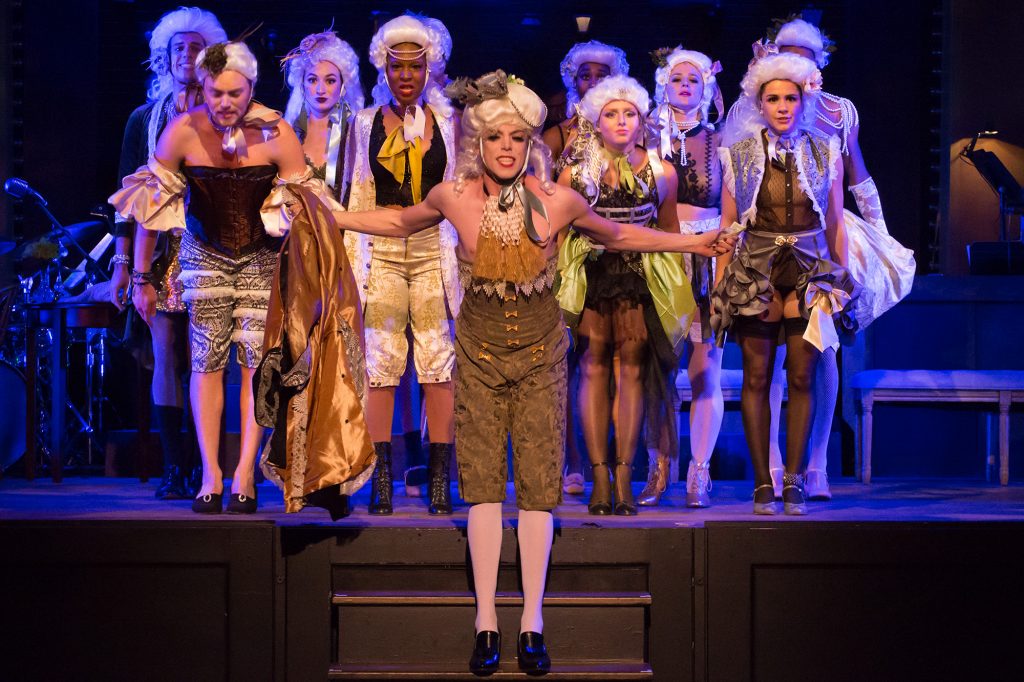 This Broadway classic is set in 1931 Berlin as the Nazis are rising to power. CABARET focuses on the nightlife at the seedy Kit Kat Klub, and revolves around American writer Cliff Bradshaw and his relationship with English cabaret performer, Sally Bowles, as the world spins out of control. The original 1966 Broadway production became an instant hit, winning eight Tony Awards in 1967 and four in 1998. The show has inspired numerous subsequent productions in London and New York, as well as the 1972 film of the same name. 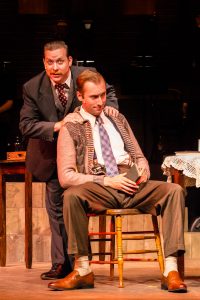 CABARET is an unusual musical that has changed many times over the past 50 years to reflect the changes in the world, but the musical’s implicit warning about the temptations of fascism, nationalism and prejudice — the way they can sneak up on you when you’re having fun — has never seemed dated or irrelevant.

“It’s such an important piece of theatre, in what it says about the world and how quickly things can change,” says Playhouse Artistic Director, Jacqui Hubbard. “I think it is even more relevant today than when it was first performed over 50 years ago. Underneath the humor, the sex and the fabulous music is a constant alarm sounding, telling us to pay attention.”

The production stars Sam Given* as the Master of Ceremonies. Sam has appeared in Ivoryton in Godspell, A Chorus Line, I Hate Musicals: The Musical and in his own one-person show with his alter ego, Millie Grams. He has recently been seen as Ziggy Stardust in Rebel Rebel: The Many Lives of David Bowie. Katie Mack* as Sally Bowles and Andy Tighe* as Cliff will be making their Ivoryton debuts. The cast also includes Will Clark, Carlyn Connolly*, Corrie Farbstein, Taavon Gamble*, Jade Genga, Aliah James, John Little*, Amanda Lupacchino, Amani Pope, Carolyn Popp*, Renee Sutherland, Emerson Valentina, Max Weinstein and Jayke Workman.

The production is directed and choreographed by Todd Underwood and musical directed by Michael Morris with set design by Daniel Nischan, lighting design by Marcus Abbott and costume design by Katie Bunce. 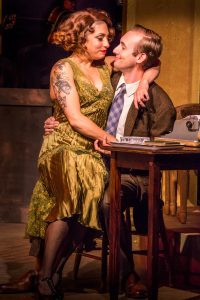 Members of the press are welcome at any performance after August 8th, 2019.