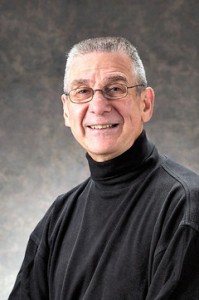 The Ivoryton Playhouse is thrilled and honored to announce that Robert Moss will be coming to Ivoryton to direct Fingers & Toes opening June 4th.

Robert Moss ran the Edward Albee Playwrights Unit from 1970 to 1971.  Then from 1971 to 1981 he simultaneously founded and ran Playwrights Horizons, The Queens Theater in the Park, and helped develop Theater Row on West 42nd Street.  In 1982, he became the Artistic Director of the Hangar Theatre in Ithaca and ran it until he took over Syracuse Stage from 1996 to 2008.  He served on the board of OOBA (now ART/NY) for five years and during the same time period sat on the Equity Showcase Code Committee.  He has been a Board Member of the SDC Foundation, TCG, the Drama League Directors Project, and a panelist for both the New York State Council on the Arts and the National Endowment for the Arts.  His extensive directing contracts include LORT, SPT and University.  His teaching credits include initiating the undergraduate directing program at Playwrights Horizons Theatre School (affiliated with NYU) and The Lab Company at the Hangar.  Prior to all this, he culminated an active stage manager career as PSM with the touring APA Repertory Company in residence for four years in L.A., Toronto, Ann Arbor, and at the Lyceum on Broadway. Bob Moss is a member, and currently serves on the board of trustees of the Stage Directors and Choreographers Society, a national theatrical union. 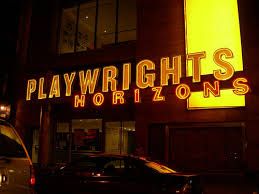 PLAYWRIGHTS HORIZONS is a writer’s theater dedicated to the support and development of contemporary American playwrights, composers and lyricists, and to the production of their new work.  Founded in 1971 by Robert Moss, the theater was located at the Clark Center Y, before moving to 42nd Street in 1974 where it has been instrumental in the revitalization of Theater Row.

In a city rich with cultural offerings, Playwrights Horizons 43 year-old mission is unique; they are the only major theater in New York with this specific mission.  They have distinguished ourselves by the caliber of their work and their steadfast commitment to the voice of the American writer.  It is a mission that is always timely, and it is essential to the future of the American theater.

Playwrights Horizons encourages the new work of veteran writers while nurturing an emerging generation of theater artists. Writers are supported through every stage of their growth with a series of development programs: script and score evaluations, commissions, readings, and musical theater workshops.  They present six productions annually on our two stages, each of which is a World, American or New York premiere. 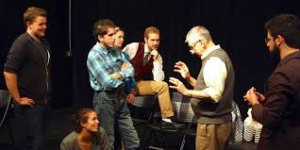 Playwrights Horizons has presented over 375 writers and is the recipient of numerous awards and honors including a special 2008 Drama Desk Award for “ongoing support to generations of theater artists and undiminished commitment to producing new work”.

In addition to th