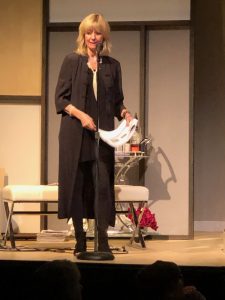 The Ivoryton Playhouse held it’s Annual Meeting of the membership on Tuesday, April 2nd.  Over 120 people attended the event where the membership voted on the 2019 slate of officers and awards were presented: 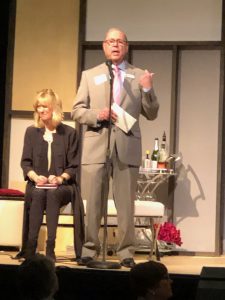 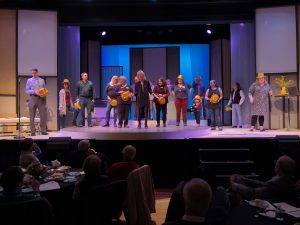 The staff and crew of the Playhouse did their best 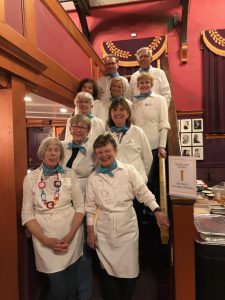 The great volunteers of the Membership Committee 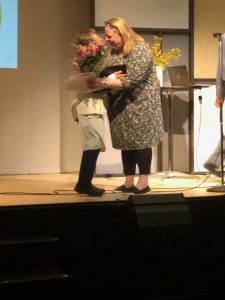 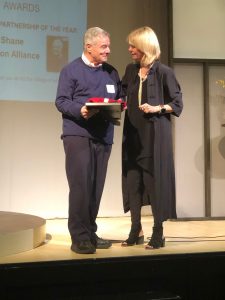 To view a copy of the 2018 Ivoryton Playhouse Annual Report please click here.

Our thanks to the members of the Membership Committee:

Check out our video clip for Guess Who’s Coming to Dinner. Our thanks to Overabove for producing this for us!!

The story that broke all the rules – 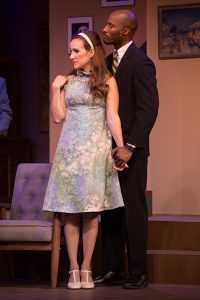 Ivoryton – When the movie, GUESS WHO’S COMING TO DINNER, began filming in March 1967, it was still illegal for interracial couples to marry in fourteen states, mostly in the South. Changing attitudes in the country and the landmark case Loving v. Virginia coincided with the production of the movie and by the end of the year, the Supreme Court ruled in favor of Mr. and Mrs. Loving, ruling that marriage is a fundamental human right and effectively ending all anti-miscegenation marriage laws in America.

The Ivoryton Playhouse is thrilled to present this adaptation of the movie by Todd Kriedler, opening on April 24. Set in San Francisco in 1967, the play focuses on Matt and Christina Drayton, a progressive couple whose daughter, Joanna arrives home unexpectedly with her fiancé, Dr. John Prentice, an African American doctor 11 years her senior. They’re in love and they want the Draytons’ blessing for their marriage – today.  Blindsided by their daughter’s whirlwind romance and fearful for her future, Matt and Christina quickly come to realize the difference between reading about and supporting a mixed-race couple in your newspaper and welcoming one into your family. It’s not long before a multi-family clash of racial and generational difference erupts.  At the end of the day, will love prevail? 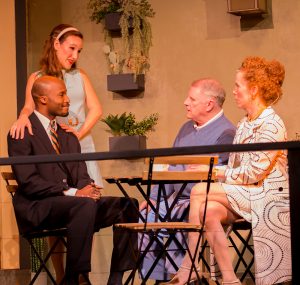 This thought-provoking comedy classic is a witty and insightful reflection on two families confronted by their prejudices.

Taking on the iconic role of Matt Drayton, made famous by Spencer Tracy, is Gordon Clapp*, best known as the Emmy-winning, Tony-nominated actor who played Det. Greg Medavoy on NYPD Blue (1993) and as Dave Moss in the 2005 Tony Award-winning Broadway revival of Glengarry Glen Ross (1992). Kaia Monroe*, who is an Associate Professor and Chair of Theatre at SCSU will play his wife, Christina and the rest of the cast include Richarda Abrams*, Cedric Cannon*, R. Bruce Connelly*, Krista Lucas, Marc D. Lyons, Kimberlee Monroe* and Katelyn Nichols.

The play is directed by Kathryn Markey, set design by Daniel Nischan, lighting design by Marcus Abbott and costumes by Elizabeth Saylor. 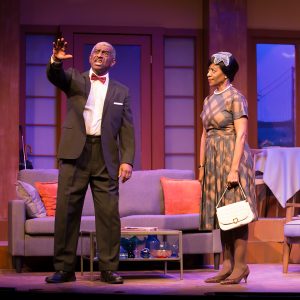 Members of the press are welcome at any performance after April 25th.  Please call ahead for tickets.