Jacqui Hubbard, Artistic/Executive Director of the Ivoryton Playhouse speaks about “The Queens of the Golden Mask” – now open

Jacqui Hubbard, Artistic/Executive Director of the Ivoryton Playhouse speaks about The Queens of the Golden Mask. This world premiere opens at the theatre on October 31, 2018 and runs through November 18, 2018.

It is summer, 1961, and in Celestial, Alabama, it’s hotter’n a blister bug in a pepper patch. It is especially steamy in the kitchen of the Sage household where the matriarch, Ida, has gathered her friends around her to meet the new girl in town. How will Rose from Ohio fit in with the ladies of Celestial who bake pies, sell Avon and belong to the Ku Klux Klan? This brand new play by Carole Lockwood tells a story of the complications of family and friendship and the normalizing of hate. A world premiere. Directed by Jacqueline Hubbard.

Carole Lockwood’s brand new play pulls aside the Cotton Curtain to reveal a hidden piece of history that tells a little known story and also raises a warning. The normalizing of hate is dangerous and toxic – not only to the objects of the hatred but eventually destroying those who are unwittingly caught up in its comfortable complacency.

The play is based on the experiences of Elizabeth H. Cobbs/Petric Smith who wrote the autobiographical Long Time Coming: An Insiders Story of the Birmingham Church Bombing that Rocked the World. Smith’s work provides more than an insider’s account of one of the most atrocious events of the civil rights era; it is also the personal journey of a woman inside the world of the most extreme opponents of racial justice. In the violent world of the Klan, women were subservient; men beat their wives with impunity in order to sustain white male supremacy. Most women were partners in the goal of maintaining white supremacy but there were many who, quietly and with great moral courage, put their lives on the line. This is their story.

Carole Lockwood is an actor and writer who has performed all over the country, on and off Broadway, but it was a challenge from David Mamet that prompted her to sit down and write a play. She has been writing ever since. Carole has written five plays; Basic Cable; The Lone Star Princess; and three scripts based in the civil rights movement, “the girls” of Red Tears (the bombing of the 16th Street Baptist Church), The Mary Band Road Show (the Selma-to-Montgomery March) and The Queens of the Golden Mask. Up on the Roof (rooftops after Hurricane Katrina) is currently in the works.

To purchase tickets, please phone 860.767.7318, drop by the theatre box office or purchase online via this website.  Group rates for 10 or more are available.

TO HONOR THOSE WHO SERVED 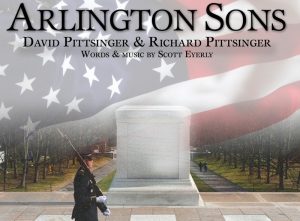 It is with great honor that the Ivoryton Playhouse presents Arlington Sons to be performed by David Pittsinger and his son, Richard Pittsinger.  Lyrics by Scott Eyerly.  This moving piece was personally commissioned by David to honor his late father – a US Army veteran and distinguished guard at Arlington National Cemetery. 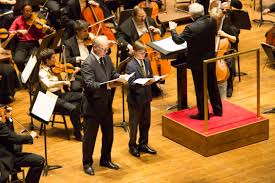 Performance will include other patriotic songs and memorial readings as a tribute within the concert.

Tickets are $50 all ages.  Buy one, and buy one for a Veteran.  In addition to tickets purchased for Veterans, the Playhouse is donating 50 free tickets for Veterans.  Help us match this donation and say “thank you” by purchasing a ticket for a Vet.