A very special concert by David Pittsinger and Patricia Schuman – please join us!

World renowned artists David Pittsinger and Patricia Schuman will be performing an exclusive concert on Monday, August 22nd. “This is The Life” is based on the song by Alan Jay Lerner and the evening will chronicle the highs and lows in the life of an artist.  This special performance will include music from Sondheim, Cole Porter, Lerner and Lowe, and Rodgers and Hammerstein, with classics from Kiss Me Kate, Sweeney Todd, Shenandoah, Carnival, Man of La Mancha, Camelot, No Strings and Sound of Music. This concert is a benefit for the 105 year old Playhouse to further its mission to provide theatre of the highest quality to the residents and visitors to our community.

David Pittsinger is currently performing at Glimmerglass and earlier this year received rave reviews for his portrayal of Fred Graham in KISS ME KATE at the Theatre du Chatelet in Paris. Pittsinger delighted audiences as Emile DeBecque in last year’s smash hit SOUTH PACIFIC and will be returning to the Ivoryton Playhouse stage playing Don Quixote in the fall production of MAN OF LA MANCHA.

His wife, Patricia Schuman, an internationally celebrated soprano, was recently seen as The Duchess in Odyssey Opera’s production of POWDER HER FACE.  This special concert is a rare opportunity to see them together in the intimate setting of the Ivoryton Playhouse performing a brand new repertoire and many duets.

Don’t miss this rare opportunity to see them perform together on this intimate stage for one night only.

Tickets for this special event are $125. There will be a reception at 6:00pm with wines and heavy hors d’oeuvres followed by the performance at 7:00pm. David and Patricia will join us after the show for coffee and dessert.

Seating is limited; please call the theatre box office at 860.767.7318 to reserve your seat for this very special evening.  The Playhouse is located at 103 Main Street in Ivoryton.

Starting from September 7th – October 2nd, David will be starring as Don Quixote in MAN OF LA MANCHA. Visit www.ivorytonplayhouse.org for more information. 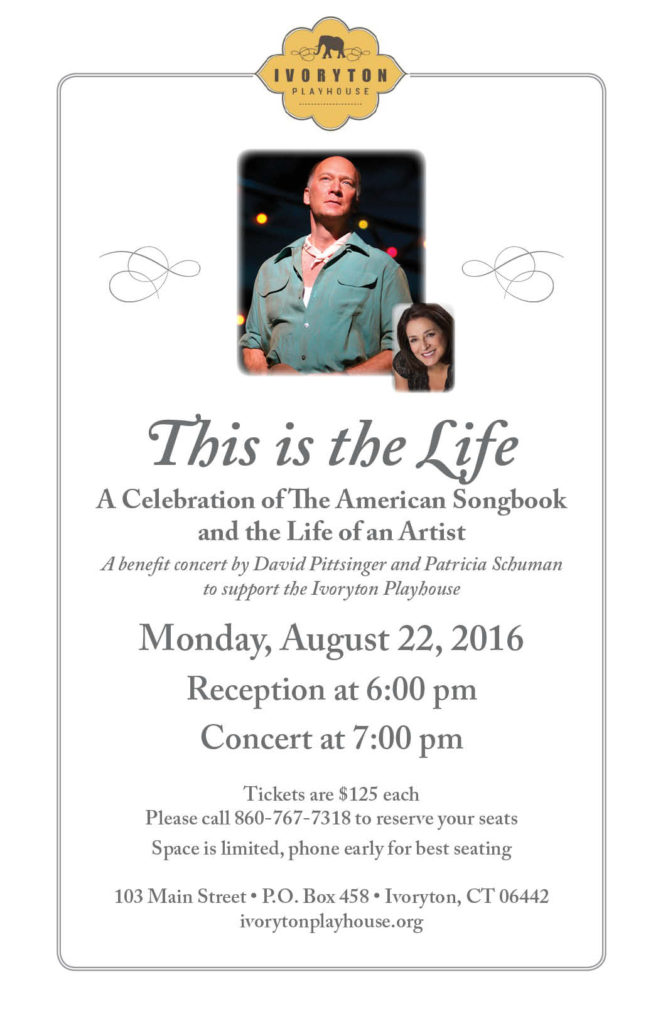 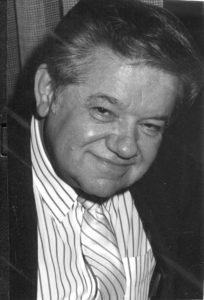 The Tony Awards may have all the fame but those of us in the theatre world, along the CT shoreline, remember the days of the PIXIE awards – Henry Josten’s personal picks of the best of Connecticut theatre.  Henry retired his column in 2008 but he certainly has not stopped working and the Ivoryton Playhouse is proud to announce the publication of his memoirs.

Henry began as a copy boy in 1941 with the New Haven Register  and more than 65 years later,  he called it quits having been a reporter, columnist, publicist, editor,  and publisher. For generations of readers, Henry Josten chronicled all the southeastern Connecticut news that’s been fit to print and, week after week, his readers would be entertained by his gossipy “Jottings” or “View From Here” or informed by his reporting or persuaded by his editorials. 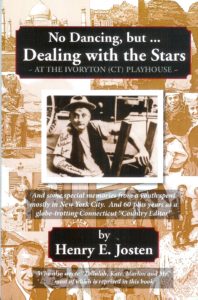 Henry’s book begins with his years working with the stars that passed through the Ivoryton Playhouse. From Katharine Hepburn to Marlon Brando, from Tallulah Bankhead to Art Carney, Henry worked with them all and his wry sense of humor and reporter’s attention to detail makes this a fascinating read.

Henry also takes us on a journey around the world and his captivating insights, not only on the places he travelled to but also the people he met and interviewed. Over the years, Josten interviewed several hundred Broadway and Hollywood stars, and political luminaries such as Eleanor Roosevelt who frequently visited Esther Lape in Westbrook where she often wrote her newspaper column, “My Day.”

To read more about Henry Josten and view a short video interview, click on the link below to an article published by The Hartford Courant: 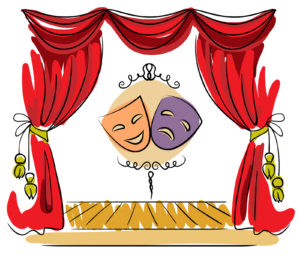 EVER WANT TO ACT?
JOIN THE FUN – BECOME A MEMBER OF THE IVORYTON PLAYERS

The Ivoryton Players is an opportunity for adults who love the theatre to have fun, meet new friends and put on a show!

The Ivoryton Players are about to start their Fall Season and fifth production.  All adults are welcome and no previous acting experience is necessary.

The group meets at the Centerbrook Meeting House (51 Main Street, Centerbrook, 06409) every Monday from 1:00pm – 3:30pm and will be starting Monday August 8, 2016.  In addition to producing a show in November, there will also be workshops featuring a range of topics.  After one meeting you’ll be hooked!  The membership fee is $100.

The public performances will take place November 19th and 20th, 2016.

Contact Joyce Beauvais with any questions or just come on August 8th at 1:00pm and meet everyone and learn all about us and what we will be doing for our Fall Show.  It is going to be fabulous!

For more information, please telephone Joyce at 561-506-5523 or email shorelinedrama@gmail.com

The Ivoryton Players director is Joyce Beauvais.  Joyce, after settling in CT, currently runs this program in Old Saybrook and also starting in East Lyme.  Ms Beauvais brings with her a lifetime in the theater performing her first professional role at age seven.  She lived in NYC for over 25 years as an actress in stage, TV and film, also a Broadway and Off-Broadway producer and 5 years as owner and operator of Chez Beauvais, Restaurant and Cabaret.  Chez Beauvais was a boite on Tenth Ave., NYC offering fine cuisine and the best of New York City jazz.  She partnered with uber agents Jack Rollins and Jane Rollins.  After moving to CT she continued to perform as an actress but also developed The Ivoryton Players.  “The mix of people and experience”, Joyce finds, “turns into the magic one only finds in theater”.

Joyce promises this will be one of the times of your life!

The Reviews are in….”CHICAGO” is a smash hit! Last week of performances – Don’t miss!

By Don Church and Tony Schillaci, Critics On The Aisle

Check out our video clip for “Chicago”

Take a sneak peak at Ivoryton Playhouse’s dazzling production of CHICAGO and see why actresses Stacey Harris and Lyn Phillistine are thrilled to be playing Velma Kelly and Roxie Heart.

This tale of fame, fortune and all that jazz will have you mesmerized with one show-stopping song after another and the most astonishing dancing you’ve ever seen. Set in prohibition-era Chicago, it brings to life the idea of the “celebrity criminal,” which makes it more than relevant for today. The #1 longest-running American musical in Broadway history, CHICAGO won six Tony Awards® in 1997, a Grammy® and was turned into an Oscar®-winning film. Experience all the excitement at the Ivoryton Playhouse’s production.

Our thanks to Outthink for producing yet another terrific video for us!

This show interviews newsmakers and participants from the world of theater and the arts.