Music and dancing and all that jazz!
CHICAGO

Things are beginning to steam up in Ivoryton as we get ready to open CHICAGO – June 29th – July 24th. (Book by Fred Ebb and Bob Fosse – Music by John Kander – Lyrics by Fred Ebb).  Winner of six 1997 Tony Awards, including Best Musical Revival, CHICAGO has everything that makes theatre great;  a universal tale of fame, fortune and all that jazz;  one show-stopping song after another and the most energetic dancing you’ve ever seen!

Set in Prohibition-era Chicago, the musical is based on a 1926 play of the same name by reporter Maurine Dallas Watkins based on actual criminals and crimes. The story is a satire on corruption in the administration of criminal justice and the concept of the “celebrity criminal.” – as timely today as it was when it first opened on Broadway in 1975.

The production is directed and choreographed by Todd Underwood and musical directed by Paul Feyer, with set design by Martin Marchitto, lighting design by Marcus Abbott and costume design by Elizabeth Cipollina. Executive Producers are Michael A. Dattilo and Frank Perrotti

Whether you’ve seen it before and want to recapture the magic or you’ve been thrilled by the Academy Award-winning film, CHICAGO always delivers.  Don’t miss the experience of this show live on stage at the Ivoryton Playhouse.

Introduce your children to live theatre!  Bring them to the Playhouse to enjoy our Summer Children’s Theatre series – Fridays at 11:00am – details here: 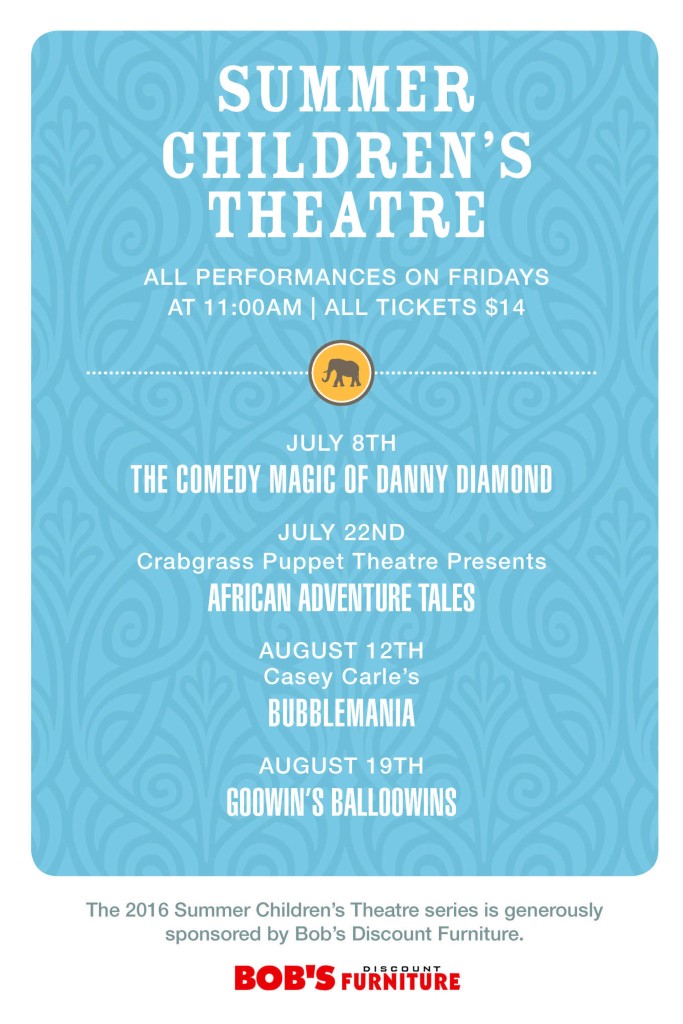 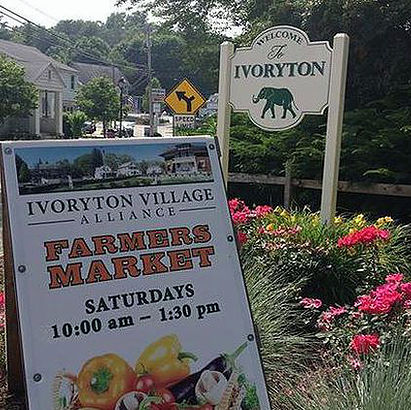 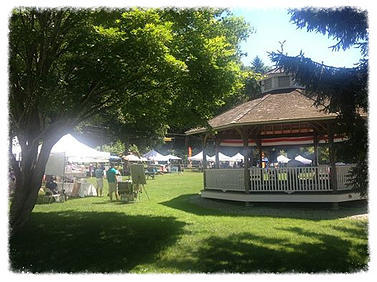 Sponsored by the Ivoryton Village Alliance, and located next to the iconic Ivoryton Playhouse, the mission of this Farmers Market is a simple one – to bring the farm to your table. Market Manager David Sousa says, “We offer fresh, locally grown food to our customers, and it’s a great way for everyone to learn about where their food comes from.” With the array of fabulous foods on offer every week, he goes on to say, “We really just want people to think about supporting local farmers, shopping local, buying local.  Buying local builds strong communities and building a strong community is what the Ivoryton Village Alliance is all about.”

Generous funding provided in part by a Connecticut Department of Agriculture Viability Grant. 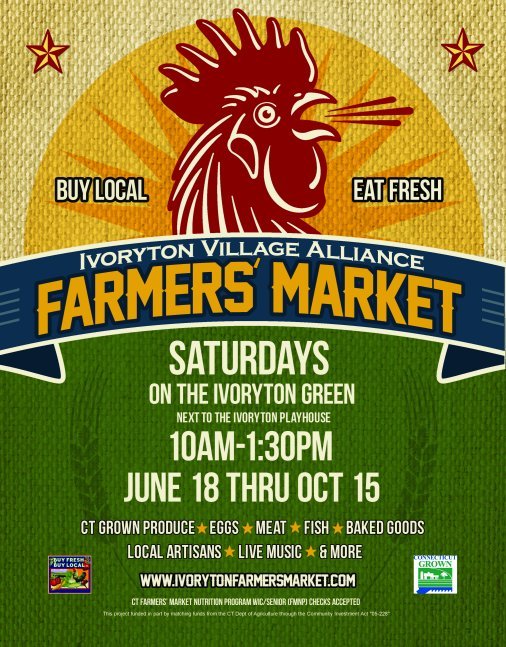 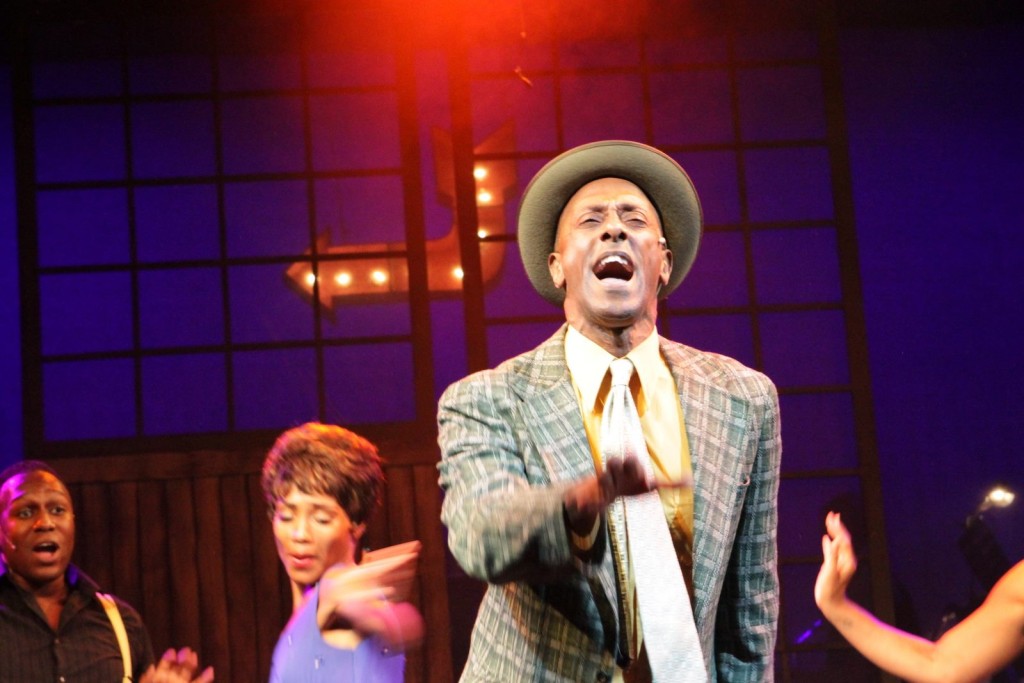 A zany spoof of Hitchcock movies

The 39 Steps
by Patrick Barlow 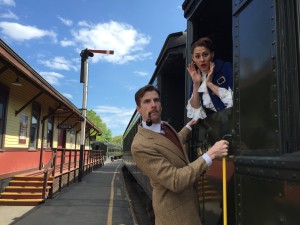 Mix a Hitchcock masterpiece with a juicy spy novel, add a dash of Monty Python and you have The 39 Steps, a fast-paced whodunit for anyone who loves the magic of theatre! This 2-time Tony and Drama Desk Award-winning treat is packed with nonstop laughs, over 150 zany characters (played by a ridiculously talented cast of 4), an on-stage plane crash, handcuffs, missing fingers and some good old-fashioned romance!

The 39 Steps is set in England, just before the war. A young man bored with life meets a woman with a mysterious accent who says she’s a spy and needs to take refuge in his apartment. Murder and mayhem soon follow as our hero is chased across the wild and wooly British countryside, meeting a host of ridiculous characters and climaxing in a death-defying finale! A riotous blend of virtuoso performances and wildly inventive stagecraft, The 39 Steps amounts to an unforgettable evening of pure pleasure! 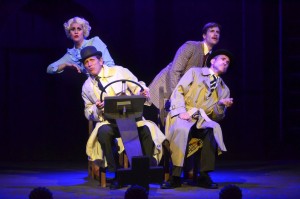 The first version of the play was written by Simon Corble and Nobby Dimon for a cast of four actors and funded by a £1,000 Yorkshire Arts Grant. It premiered in 1995 at the Georgian Theatre Royal in Richmond, North Yorkshire, before embarking on a tour of village halls across the north of England. In 2005, Patrick Barlow rewrote the script, keeping the scenes, staging and small-scale feel, and in June 2005 this re-adaption premiered at the West Yorkshire Playhouse. In 2006, it opened in the West End and in 2008 it premiered on Broadway to rave reviews. The New York Times proclaimed, “Theatre at its finest!… Absurdly enjoyable! This gleefully theatrical riff on Hitchcock’s film is fast and frothy, performed by a cast of four that seems like a cast of thousands” 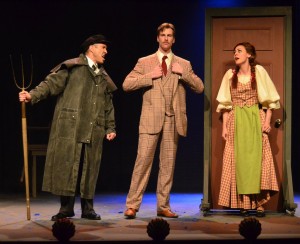 This production introduces Ivoryton audiences to the husband and wife team of Dan Fenaughty* and Larissa Klinger*, who have both performed these roles before in the national tour. The clowns are played by Ivoryton favorite, David Edwards* and Jonathan Brody*, making his Ivoryton debut. The play is directed by Erik Bloomquist, a two-time Emmy nominated writer/director/producer and former Top 200 Director on Project Greenlight. Erik is currently in post-production on the television adaptation of The Cobblestone Corridor​, a seriocomic mystery series based on his internationally acclaimed short film of the same name. The set design is by Dan Nischan, lighting design by Marcus Abbott and costume design by Cully Long. 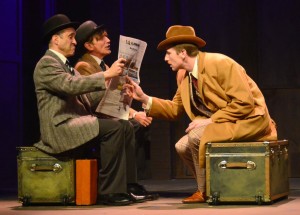 Group rates are available by calling the box office for information.  The Playhouse is located at 103 Main Street in Ivoryton.

Generously sponsored by Wells Fargo Advisors and The Safety Zone

Check out our new video clip for “The 39 Steps”

Our thanks to Outthink for producing this terrific video for The 39 Steps!

Can four actors play 150 roles in a single performance? They can and do in The 39 Steps, now playing at the Ivoryton Playhouse. During 100 madcap minutes, you’ll find yourself laughing out loud as you watch dashing hero Richard Hannay, played by Dan Fenaughty, race across England and Scotland trying to solve the mystery of the 39 steps. All this while trying to clear his name! Murder, mayhem and some good old-fashioned romance ensue as he is chased across the British countryside.

Larissa Klinger, David Edwards and Jonathon Brody round out this brilliant ensemble, switching from one ridiculous character to the next, often in the blink of an eye. Their virtuoso performances will keep you in stiches as you follow this fast-paced, off-the-charts funny whodunit to its death-defying finale!