East coast Premiere of brand new musical
The Road: My Life with John Denver
at the Ivoryton Playhouse 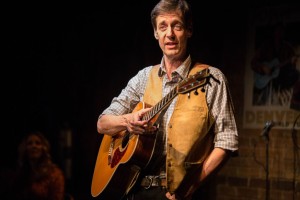 This Connecticut premiere event is a captivating celebration of the life and music of folk musician John Denver, including hits like “Take Me Home, Country Roads,” “Rocky Mountain High,” and “Leaving On a Jet Plane.”

John Denver was about more than country music. He had enormous international appeal, and was equally popular with country and pop audiences. In addition to music, he was an activist and humanitarian whose biggest causes were land conservation and environmental awareness. He supported space exploration and was vocal about his stance in music censorship. He was quite an interesting guy!

Featuring versatile musicians David Lutken (Ring of Fire), and Katie Deal – who have been with the show since its original production as Back Home Again at Milwaukee Rep – they present an unvarnished rendition of Denver’s music with gorgeous harmonies, solid musicianship and honest to goodness talent. 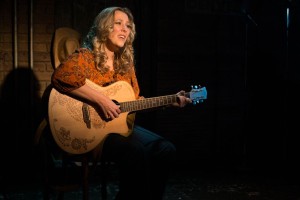 Created and directed by collaborators Randal Myler and Dan Wheetman, this production does not offer a standard biography of Denver. Instead, Wheetman presents his own story, as a musician who’d known Denver as an Aspen neighbor before touring with him for eight years. As embodied by Lutken, Wheetman’s story sheds light on Denver’s own, with parallels including a love for Colorado, the hardships of life on the road and the consequent toll on marriages. But as Denver once sang, in another song included in this show, it’s his guitar that gave him his life, his living, and “all the things you know I love to do.” Focused on that guitar, “Back Home Again” movingly captures what those things were and why Denver’s music still matters. 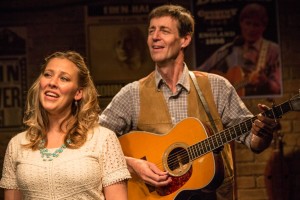