Playhouse puts the “fun” in fundraiser 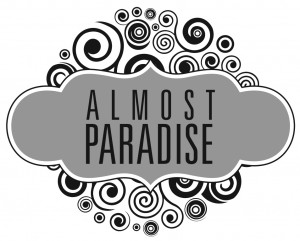 Join us for a fantastic evening of music and dancing at our Almost Paradise Gala Prom – Saturday, July 27.

Pre-prom hors d’oeuvres from 6:30pm before the 8:00pm performance of Footloose.

Dancing until mid-night to the sounds of John “Cadillac” Saville.

Dust of your dancing shoes and grab your partner and come and party with the popular kids at the Ivoryton Playhouse!

Rehearsals have started for our June production of I’m Connecticut and the buzz is that this show will be the ticket to have to kick off summer fun!

The writing is funny and fresh, the cast is accomplished and – with Playhouse Artistic Director Jacqui Hubbard directing – it’s sure to be a hit.  Don’t miss I’m Connecticut opening June 5th – 23rd!  Tickets can be purchased by following this link.

Here is a sneak peek of just some of the wonderful costume designs from our new costumer Kari Crowther: 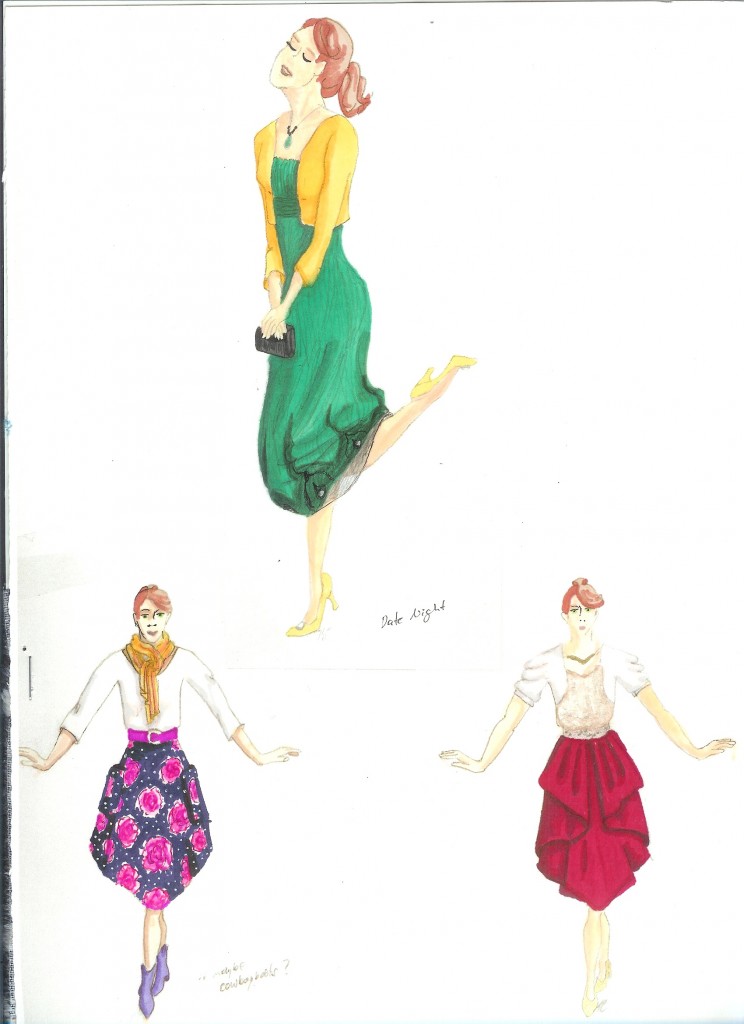 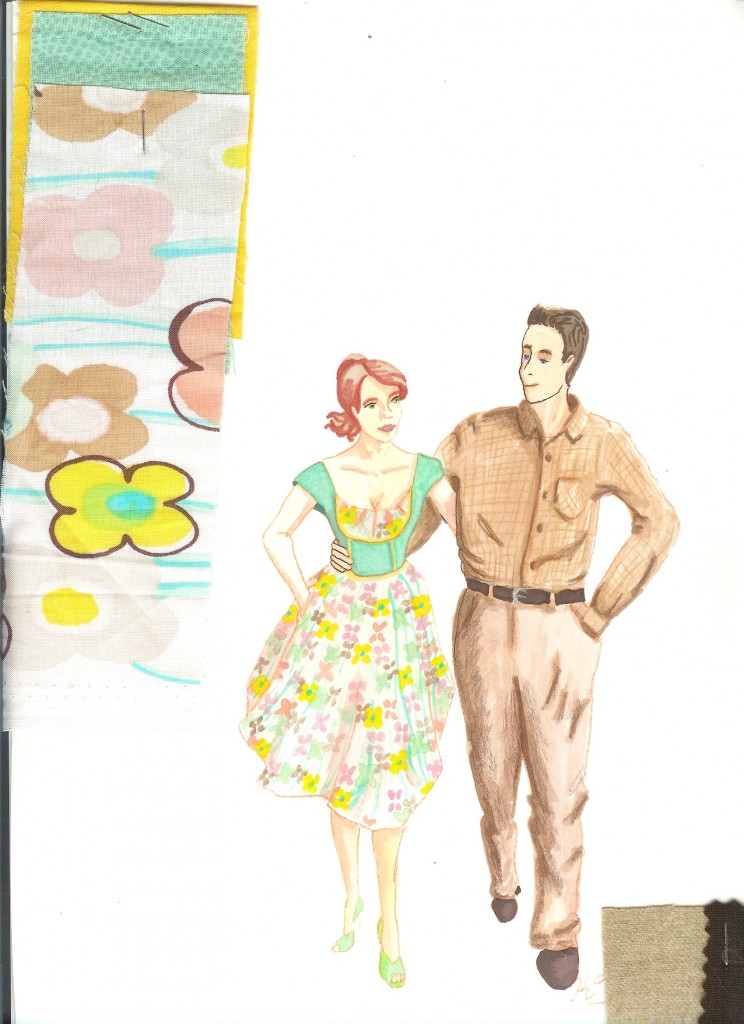 A brand new comedy all about us!

I’m Connecticut
at The Ivoryton Playhouse

Ivoryton: A brand new play from one of the writers of The Simpsons, I’m Connecticut – opening at the Ivoryton Playhouse on June 5th – is a wacky, fast-paced, sweet, romantic comedy about Marc, a Connecticut native who struggles with relationships and feelings of inadequacy – why?  Because he comes from Connecticut – land of steady habits, sanity and politeness. A must-see comedy for anybody from the Nutmeg State!

First produced at the Connecticut Repertory Theatre, part of the School of Fine Arts at the University of Connecticut, in 2011,  I’m Connecticut became the biggest selling non-musical ever produced in CRT’s Main Stage Series. The Hartford Courant called the romantic comedy “hysterically funny” and named it one of the top ten productions of the year.  It was also named Best Play of 2012 by Broadway World Connecticut and it won a Special Recognition award from the Connecticut Critics Circle.

Emmy Award winning writer Mike Reiss will be joining us for the performances on June 6th, 7th and 8th and will be participating in a talk back with the audience. Mike was born in Bristol, CT but his career now spans both coasts. Mike has been a writer and producer of The Simpsons from its beginning and is currently working on season 24.  He received a Peabody Award in 2006 and a Lifetime Achievement Award from the Animation Writers Caucus.  He also co-wrote The Simpsons Movie, The Lorax, Horton Hears A Who! and Ice Age, Dawn of the Dinosaurs.  He has published 17 children’s books, including seven Christmas tales.

The cast will include two actors from the original production – Harris Doran and Jerry Adler.  Harris is a talented young actor who, just last year, won the Best Supporting Actor award at the Long Island International Film Expo for his work in the feature film, Junction.

Jerry Adler, a Connecticut resident, is a veteran of over 50 Broadway productions as Producer, Director and Production Stage Manager, including the original My Fair Lady (the revival of which he directed), Coco, The Homecoming, Annie and many more, as well as the Tony Award-winning Good Evening which he directed with Dudley Moore and Peter Cook – before he began his new career as an actor. He then appeared in Woody Allen’s Manhattan Murder Mystery and The Public Eye with Joe Pesci.  He has since been seen on many television productions, including The West Wing, Law and Order, Northern Exposure, CSI: Miami and was a regular on Mad About You.  He is an original cast member of The Sopranos and was “Hesh”, Tony’s mentor/advisor throughout that award-winning HBO Production’s run.

His recent films include In Her Shoes opposite Shirley MacLaine and Cameron Diaz, Prime with Meryl Streep and Uma Thurman, Find Me Guilty, directed by Sidney Lumet,  Synecdoche playing Philip Seymour Hoffman’s father, and the soon-to-be-released Last Angry Man in Brooklyn with Robin Williams.  On TV, he was the Fire Chief on Rescue Me with Denis Leary and is presently Howard Lyman on The Good Wife.

I’M CONNECTICUT opens in Ivoryton on June 5th  and runs through June 23rd. Performance times are Wednesday and Sunday matinees at 2pm. Evening performances are Wednesday and Thursday at 7:30pm, Friday and Saturday at 8pm. Tickets are $40 for adults, $35 for seniors, $20 for students and $15 for children and are available by calling the Playhouse box office at 860-767-7318 or by visiting our website at www.ivorytonplayhouse.org  (Group rates are available by calling the box office for information.) The Playhouse is located at 103 Main Street in Ivoryton.  Members of the press are welcome at any performance. Please call ahead for tickets.

Vote for the Ivoryton Playhouse to receive a Essex Historical Society Preservation Award!

Voting is now open for nominations for the 2013 Preservation Award! Please vote for the Ivoryton Playhouse!

In 2013, the EHS will be awarding the third winner of the Preservation Award. In 2011 the first Preservation Award was presented to the Ivoryton Library and in 2012 the Centerbrook Meetinghouse was honored. Both buildings were restored, bringing back the integrity of the historical periods in which they were constructed.
From May 1 – May 30, you may cast your ballot at post offices in Ivoryton, Essex and Centerbrook. And this year, you can also VOTE ONLINE!

Qualifications for the award:

-The building can be either commercial or residential

-The building needs to have been erected prior to 1936

Voting will close on May 30, votes will be tallied and then the award will be presented at the EHS Annual Strawberry Social on June 23!