In the video submissions persons should demonstrate ability in jazz dance.

Sex, money, power, doughnuts. Who knows what drives a man?

In Lawrence Garfinkle’s case — the man known as Larry the Liquidator — it’s all four, not necessarily in that order. You see, Larry is currently out at the Ivoryton Playhouse, doing deals, looking for companies he can take over, break up, and walk away from with a nifty profit. He’s larger than life, a raving egoist, sexist, overweight, amoral and…totally intriguing, as are most of the other four characters in “Other People’s Money,” an engaging dramedy directed with a deft eye by Maggie McGlone Jennings.

You see, Garfinkle (Edward Kassar) has a computer named Carmen, and most of the time when he cranks up Carmen in his New York office and asks her who is the fairest of them all, the answer is “Larry,” but one day the answer is a 78-year-old company in Rhode Island, New England Wire and Cable, with a great balance sheet and undervalued stock. Suddenly, there’s blood in the water and Larry the shark twitches.

Meanwhile, in Rhode Island, Andrew “Jorgy” Jorgensen (Gary Allan Poe), the company’s aging owner, is preparing to retire, and is disdainful when his company’s president, William Coles (Dennis Fox), suggests that the company’s recent stock movement might indicate that there are sharks in the water.

Soon, however, it becomes apparent that the company is in danger and, against his better judgment, Jorgy considers hiring his step-daughter, Kate, (Elizabeth Donnelly), a shark in her own right, to help the company fend off Garfinkle’s attack. But there are twisted family ties between Jorgy and Kate, and she rejects his less than elegant offer, only to be persuaded to reconsider working to save the company by her mother, Bea Sullivan (Denise Walker), Jorgy’s executive assistant who…well…there are stories within stories in this two-act play.

Slow to get off the ground, the play eventually takes flight mid-way through the first act as the characters come into focus, multiple conflicts are revealed, and the audience can’t help but be drawn into the lives portrayed on stage.

Playwright Jerry Sterner has a good ear for the parlance of big business and the money-macho lingo of the Wall Street movers and groovers who like to think of themselves as gunslingers, elegantly suited studs who use money like Colt-45 pistols. Thus, it’s the Garfinkle character who gets most of the best lines, and Kassar doesn’t let a single one of these lines escape his trenchant, sharp delivery as he creates a Jewish pistolero who, you sense, has a little bit of self-loathing hiding behind that flashy, foul-mouthed façade. He is gross, up-front, disdainful and totally honest about his wants and desires. It’s a bravura performance, all the more so since he makes it seem so natural.

Playing against Kassar, Poe, as “Jorgy,” is upright, rigidly moral, and conflicted, a man whose values can’t allow him to use the various ploys Kate suggests as ways to thwart Garfinkle’s attacks on his company. Think Gregory Peck, who played the role in the 1991 film of the play, which also starred Danny DeVito as Garfinkle. Kate can’t believe Jorgy’s naiveté when he is faced with the down and dirty of what happens when a company is “in play,” yet, as a shark herself, she is strangely drawn to Garfinkle’s persona – she likes the rub, the rush, the fact that it’s all egos at dawn with drawn pistols.

Then there’s the corporate president, Bill Coles, who, as he realizes a “golden parachute” may not be in the offing – that he and his family may be left high and dry if things don’t work out – sells out to Garfinkle, who is also confronted by a worried Bea, who is willing to give him her million-dollar annuity if he will only leave the company alone, i.e., leave alone the man she loves.

You can’t help but be caught up in these lives. Yes, it’s soap opera, but soap opera of a witty, high order, delivered by adept actors who make their characters come to vivid life. The only performance that may not totally ring true is Walker’s Bea Sullivan – just a bit too earnest and eager, yet her scenes with her daughter as she justifies he life and her love for Jorgy are quite powerful. If, over the run of the play, she tones down her early goggle-eyed eagerness, her character will come to the fore.

There’s an electric, visceral nature to this production, enhanced by scenic designer William Russell Stark’s set, which has Garfinkle’s office stage right, Jorgy’s office stage left, and, in the middle, a meeting room center upstage, and Marcus Abbot’s lighting design, both of which allow for scenes that enable characters in Rhode Island and New York to interact and comment on each other’s actions.

You may not totally buy the play’s final moments, a wrap-up of sorts that seems to beg the questions the play suggests, but that doesn’t take away from the production’s power and intensity, driven by Kassar’s performance. Yes, there are echoes of Oliver Stone’s 1987 “Wall Street” film, but those echoes enhance the play’s penultimate moments, a charged stockholders’ meeting that allows Jorgy and Garfinkle to present their diametrically opposed views of what a capitalistic society must prize.

So, take a drive out to Ivoryton and be drawn into the morally suspect dealings of a Wall Street carnivore as he puts into play a series of actions that demand people to weigh what is really important in their lives, all of it grist for some good conversation over a post-theater dinner.

“Other People’s Money” runs through May 5. For tickets or more information call 860-767-7318 or go to www.ivorytonplayhouse.org.

Click here for a link to the full job description.

Ivoryton Playhouse is an equal opportunity employer and provider.

Shop Local and Save on Theatre Tickets! 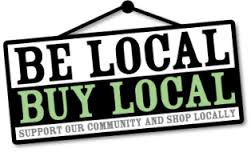 SUPPORT OUR PLAYBILL ADVERTISERS AND SAVE EVEN MORE!

Save even more!
Bring a receipt from a purchase made in 2013 from a shop or service that advertises in our 2013 Playbill and save $10 off when you purchase your theatre ticket for Other People’s Money. That’s 25% off!   What a bargain!

Don’t forget to tell ’em that the Playhouse sent you!

Not valid on prior purchases.  Tickets subject to availability.  Visit the box office at 103 Main Street, Ivoryton or stop by the business office in Centerbrook to purchase your tickets.  Please call 860.767.7318 for more information.

“Other People’s Money” Now Open – Runs until May 5th

Other People’s Money
at The Ivoryton Playhouse 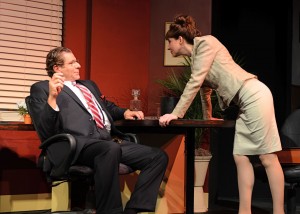 Corporate takeovers and romantic comedy make unlikely bedfellows in this though-provoking, fast-talking, satire of the excesses of the 80s, opening in Ivoryton on April 17th  Though this play premiered in 1989, it’s themes of passion, loyalty , betrayal and greed are sadly,  just as relevant today. Winner of the Outer Critics Circle Award for Best Play, Jerry Sterner’s brilliant script skewers not only corporate raiders but all of us in our comfortable New England world. What is more important, our community or our pockets?

Wall Street takeover artist Lawrence Garfinkle’s computer is going crazy over the undervalued stock of New England Wire & Cable. If the stockholders back his takeover, they will make a bundle but what will happen to the 1200 employees and the small New England town when he liquidates the assets?  Opposing the rapacious financier are the elderly patriarch who has run the company since the year one and his chief operations officer.  When they bring in a young lawyer who specializes in fending off takeovers, things really start to heat up, in more ways than one.

Other People’s Money opens in Ivoryton on April 17th and runs through May 5th. Performance times are Wednesday and Sunday matinees at 2pm. Evening performances are Wednesday and Thursday at 7:30pm, Friday and Saturday at 8pm. Tickets are $40 for adults, $35 for seniors, $20 for students and $15 for children and are available by calling the Playhouse box office at 860-767-7318 or by visiting our website at www.ivorytonplayhouse.org  (Group rates are available by calling the box office for information.) The Playhouse is located at 103 Main Street in Ivoryton.

Generously sponsored by The Safety Zone and PCI Medical.